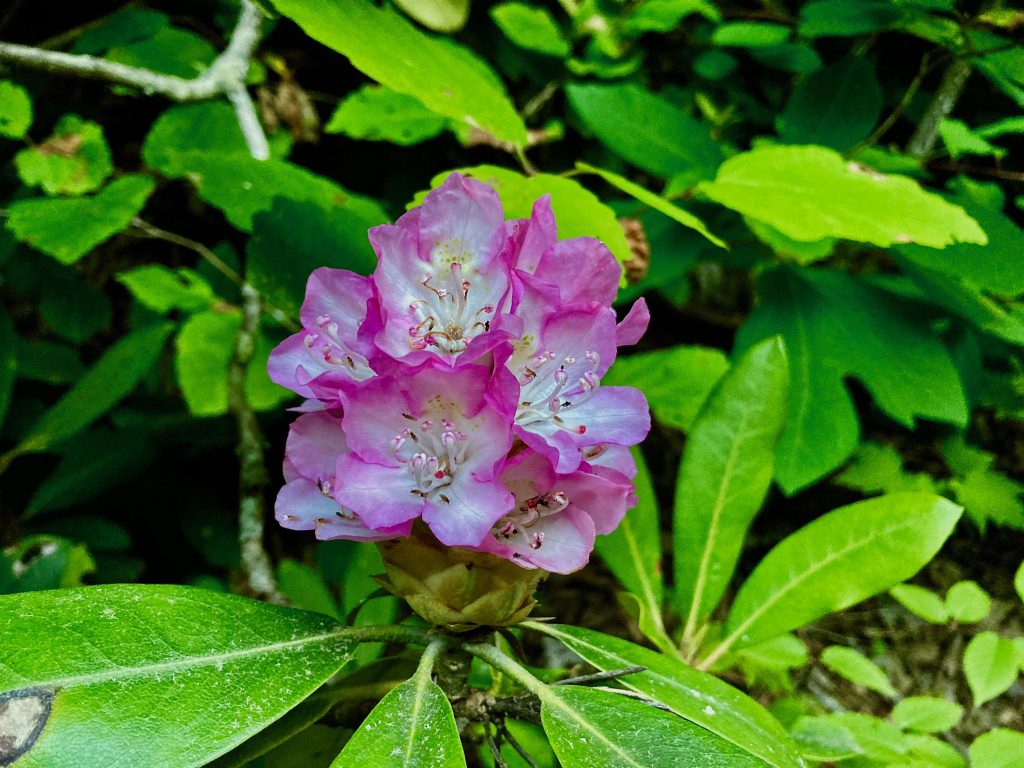 Twenty-five years ago on Cadillac Mountain, Frosty and I got married! We have spent many of our anniversaries in interesting places while on summer adventures from Newfoundland to Alaska to the Black Hills. 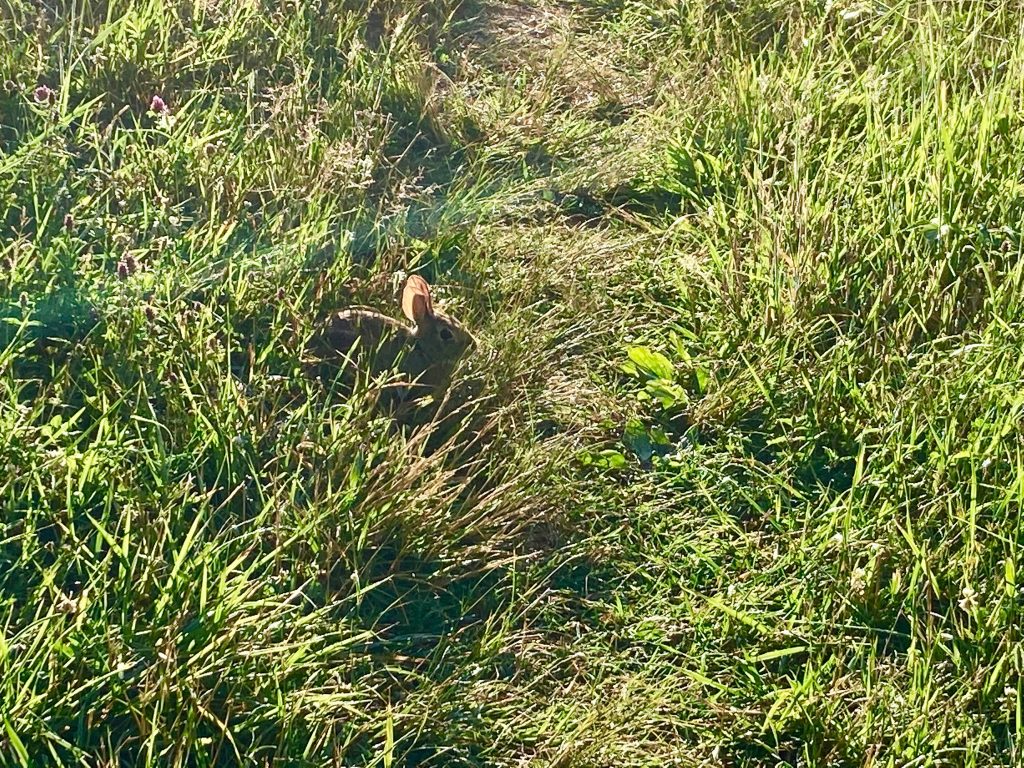 In a field, we met a retired section hiker. She had only 159 miles left of the trail to finish! Shadow passed us when we were getting some water. 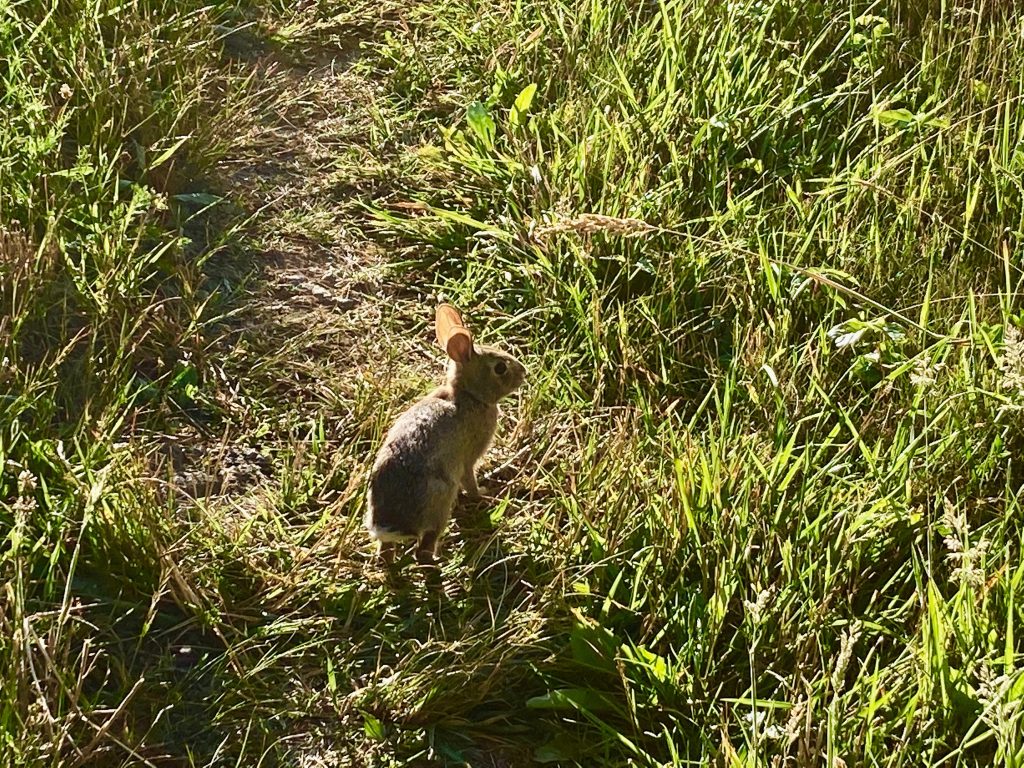 It was another hot day. I’m glad we got our big field sections out of the way early in the morning. We spotted a few bunnies in the fields. 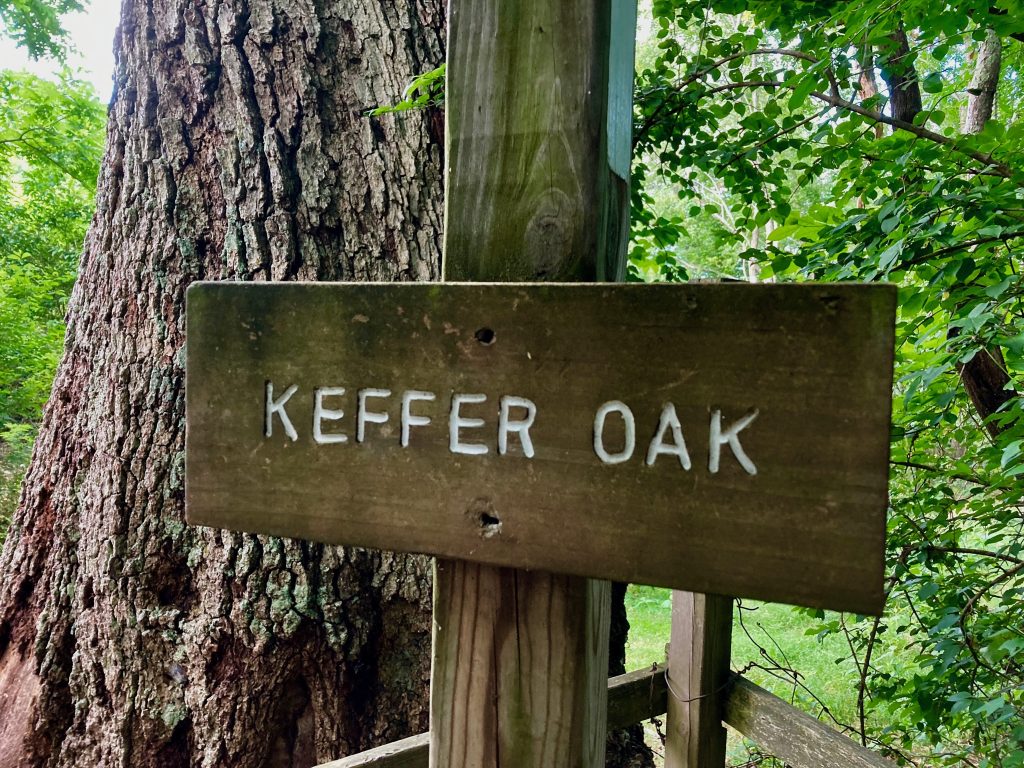 We passed the Keffer Oak. Guthooks listed this tree as the largest oak tree along the Appalachian Trail in the south. The Keffer Oak was estimated to be 300 years old.

Magoo and the Keffer Oak

We headed up another hillside for a ridge walk at the top. This area had a bunch of tall, stone cairns. According to the Guthooks app, these were the Bruisers Knob Cairns that were made by early farmers clearing the land on top of the ridge. The cairns were cool to see. 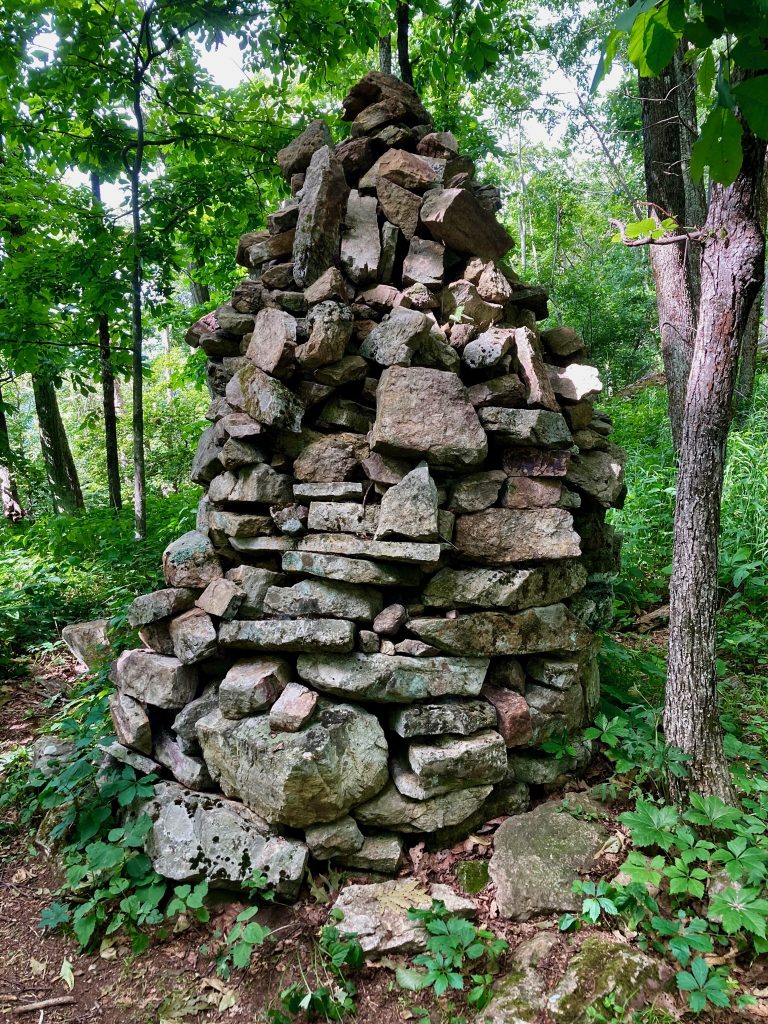 The first part of this ridge definitely looked like it could be farmed. The walking was easy and the trail was chill. Latter part of the ridge had some angled, ledge-y sections and a tiny bit of scrambling, nothing intense. This part also had the better views. 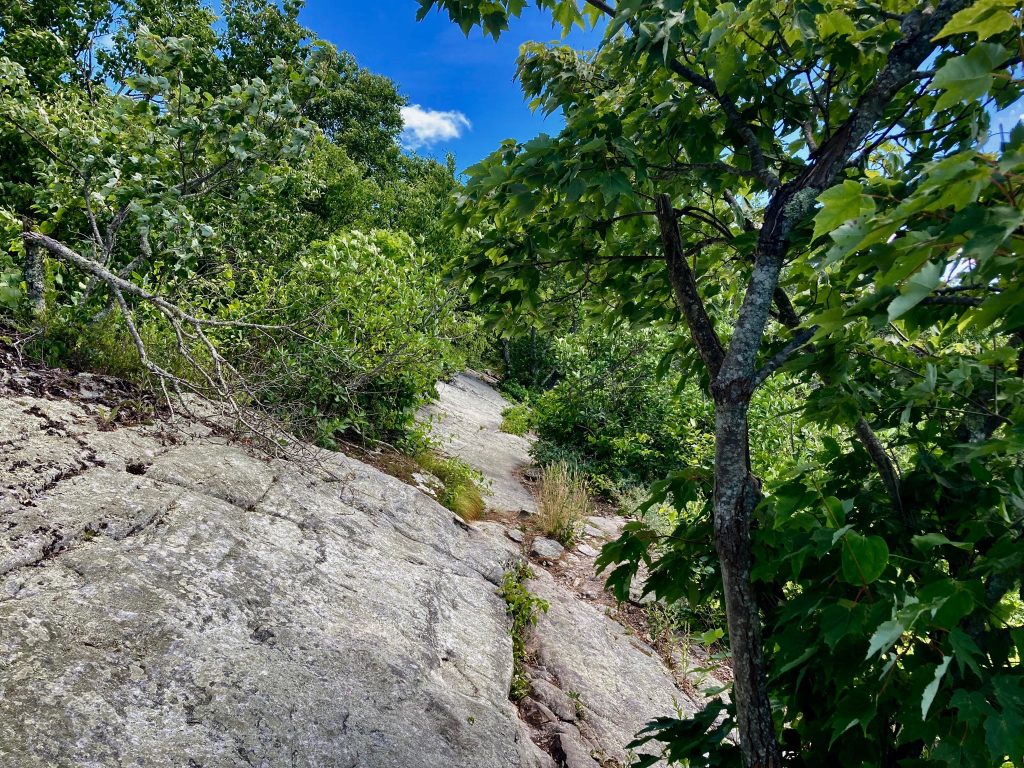 The trail also had several sections of white sand. We had encountered this white sand sporadically before, but this part had more of it. 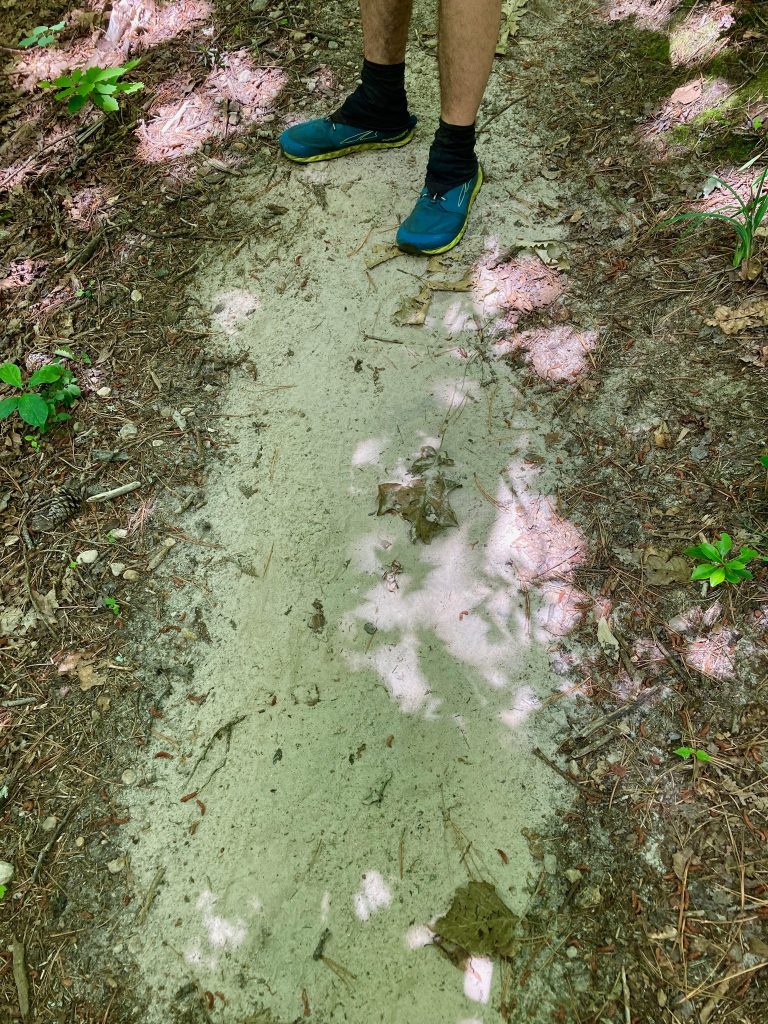 The Sand Looks Really White in the Sun

Before descending the ridge, we stopped a large, flat-topped boulder, perfect for sitting on. We had snacks and a drinks in the shade. 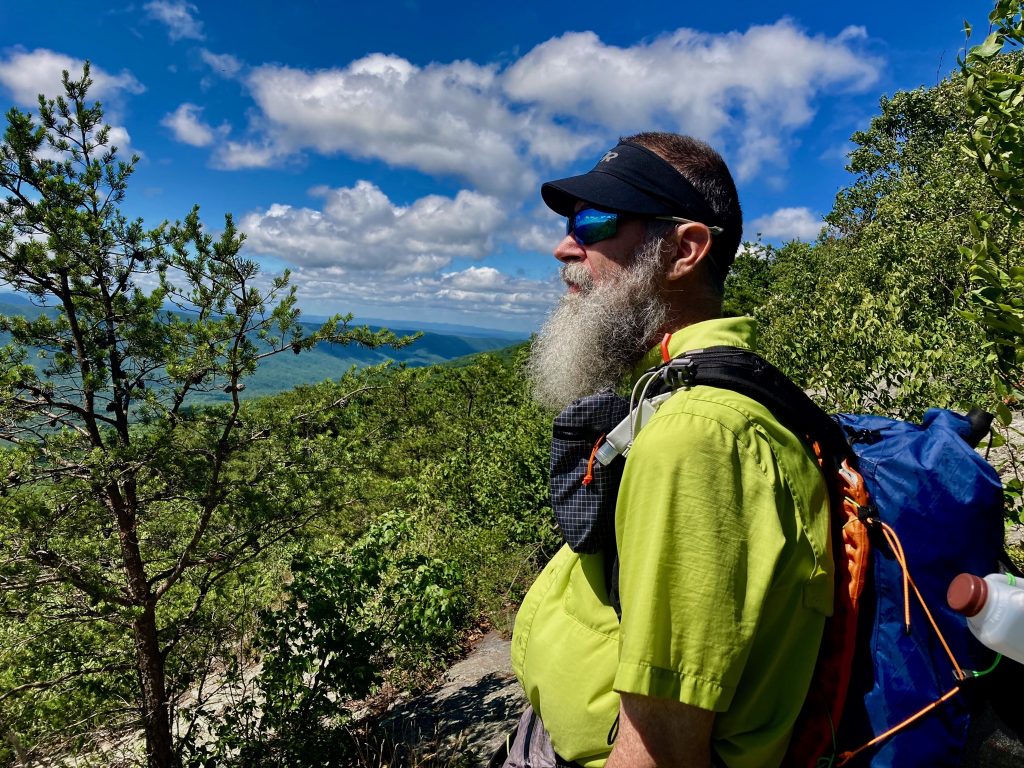 Frosty Enjoying the View from the Ridge

We stopped at Niday Shelter for a break. Shadow was already here napping in his hammock. We had snacks and drinks. Frosty took a short nap. After an hour, we got back on trail. 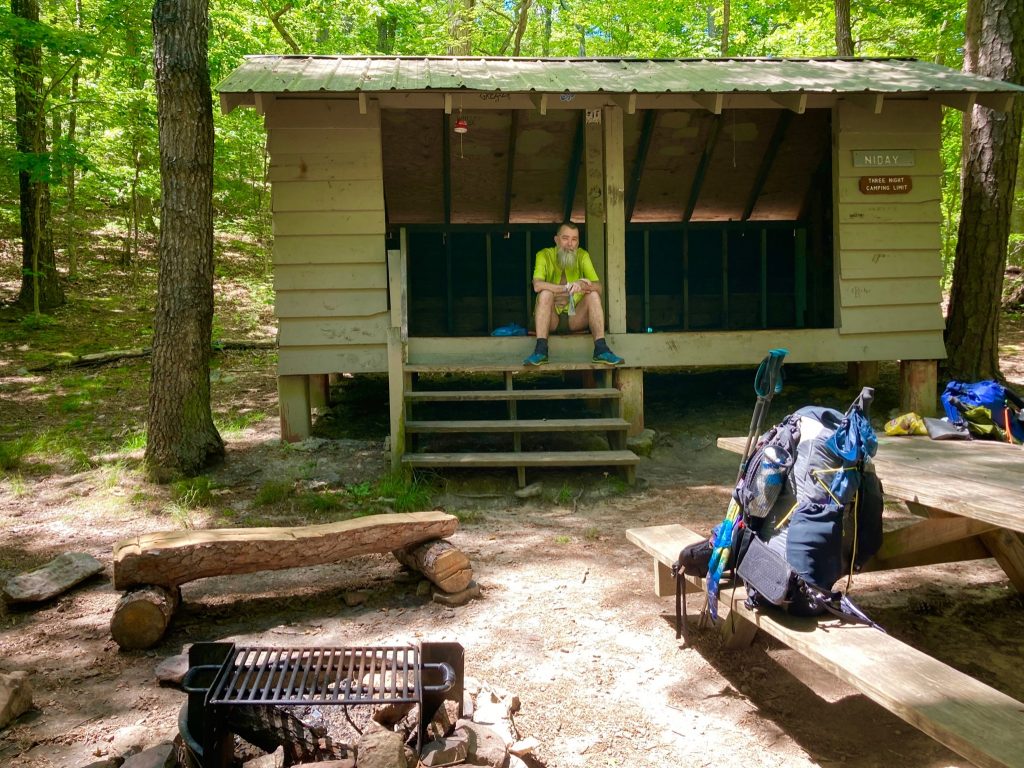 Frosty at the Niday Shelter

Our campsite for the evening was pretty cool. Unfortunately, I forgot to take a photo. Our tent is set up on one of many camp spots in this area. There was a long flat area, about forty feet wide by 150 feet long. On one side of the campsite, was a creek and steep, bare hillside. On the other side, the Appalachian Trail started climbing up Brush Mountain. 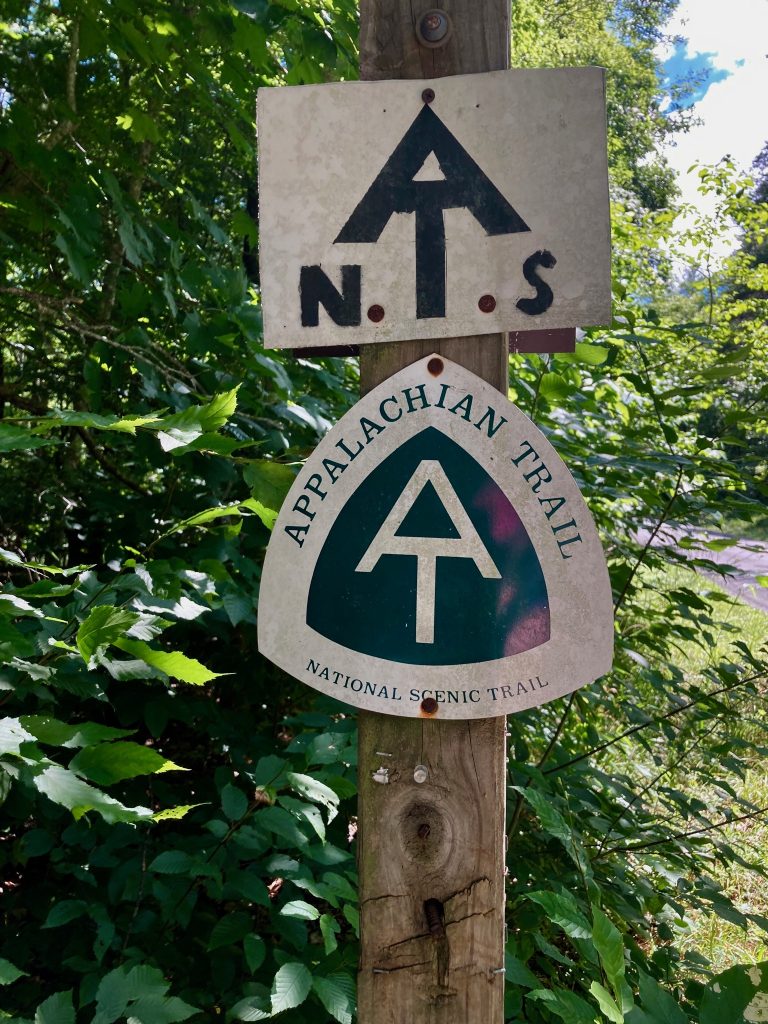 While I was getting water, a couple of women with ultra marathon type day packs came by. One appeared to be pacing the other in some sort of specialized goal, like an FKT attempts of some sort. We had seen them in a parking lot earlier with a crew working on refueling them with food and fluids. 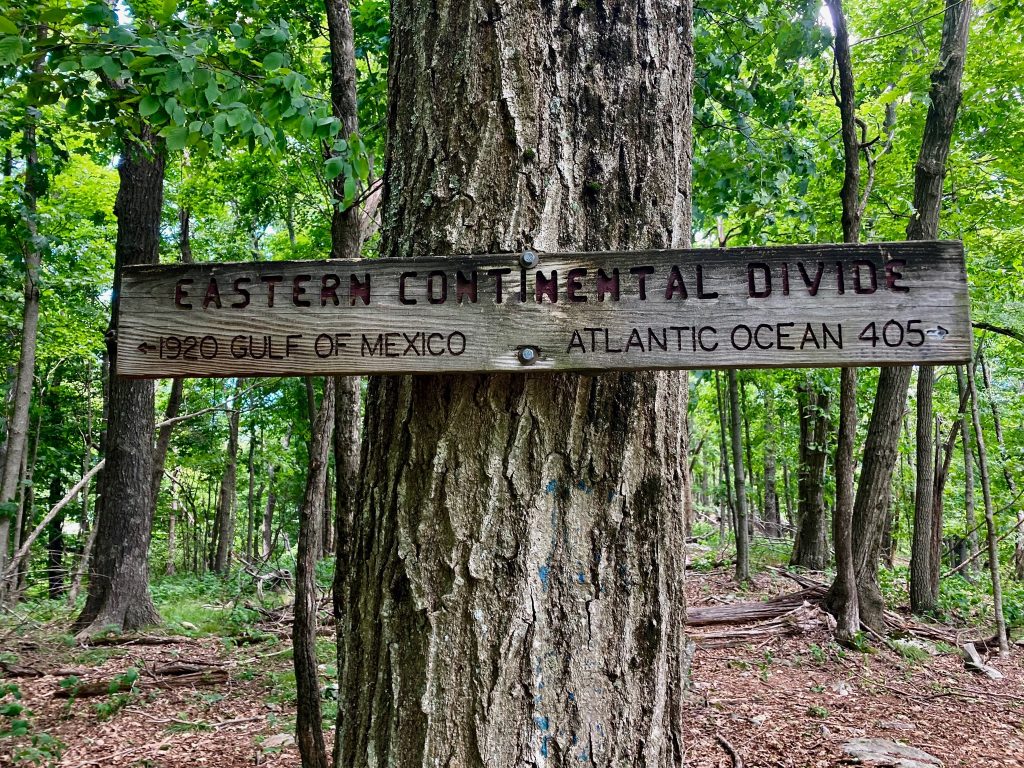 Shadow also showed up while I was getting water. He stopped here to hammock for the night. 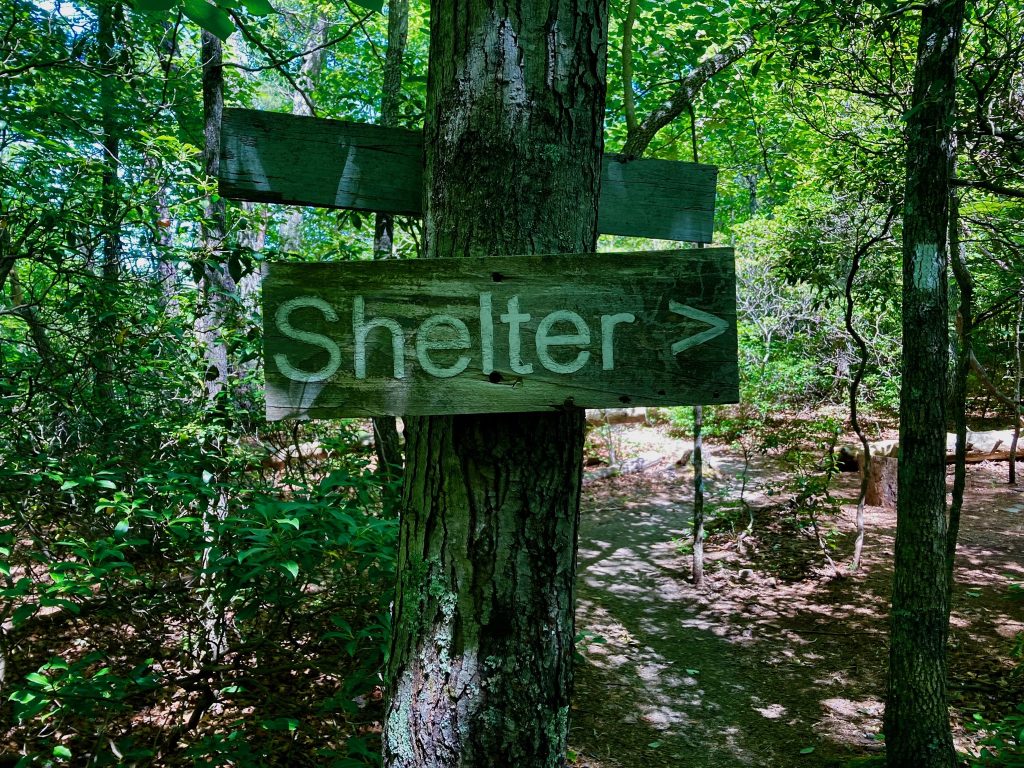 We ate our traditional on the road/trail, anniversary meal…. macaroni and cheese. This was definitely Frosty’s version of a romantic gesture, since it’s my favorite, not his. I had more Crush flavored Swedish Fish for dessert. 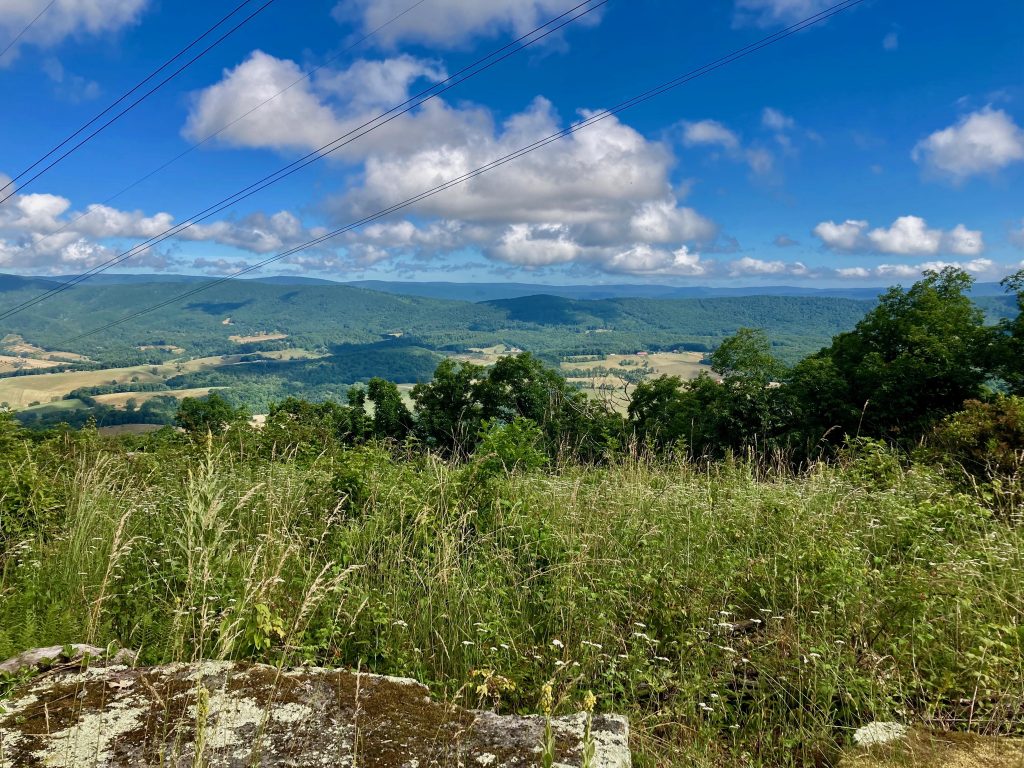 After supper, we heard snorting. Then we saw a lone deer on the steep hillside across the creek. A while later, three deer came across that same area. 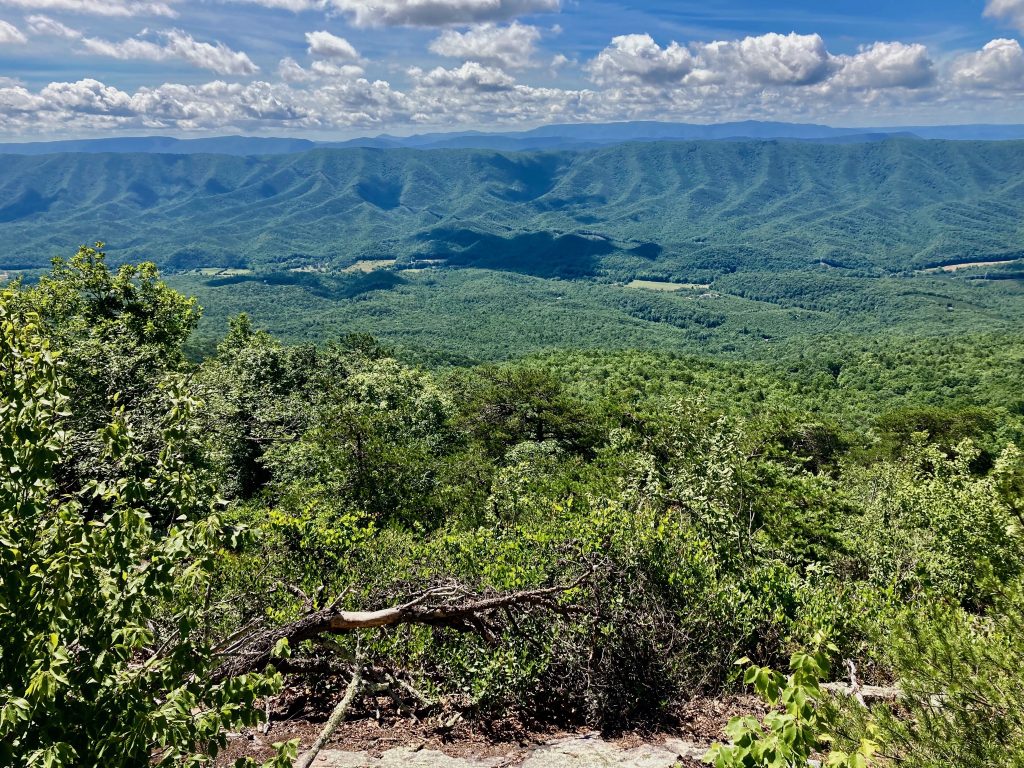 View From the Ridge

Another hiker cam into the campsite just after 8:00. 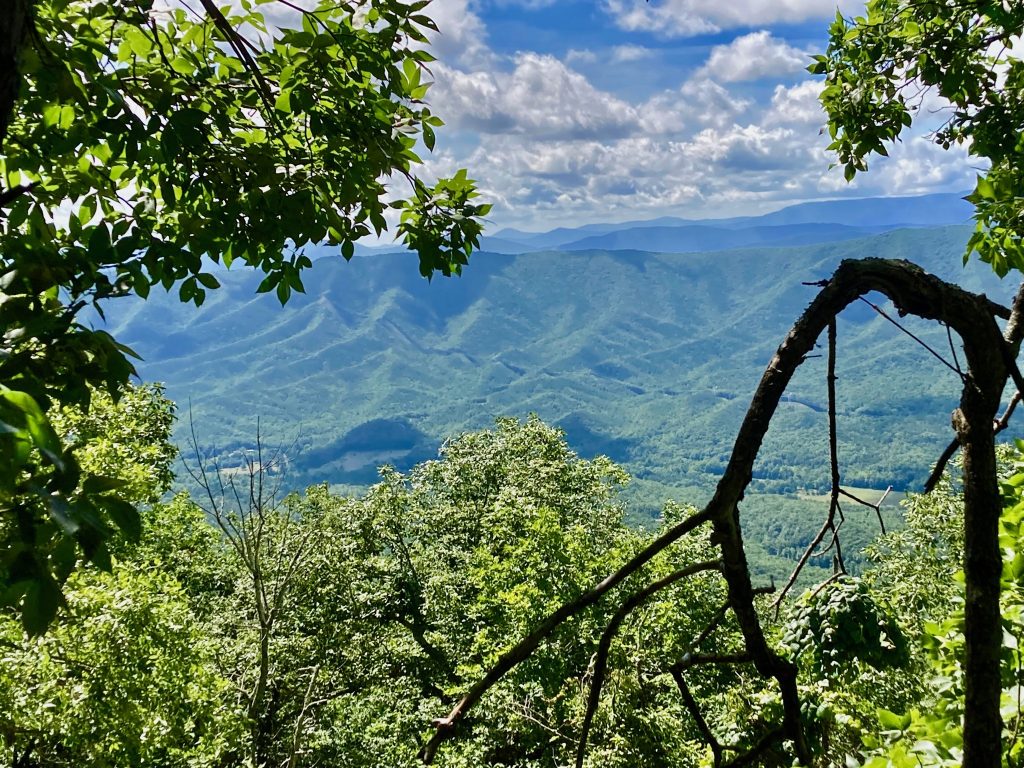 Another View From the Ridge 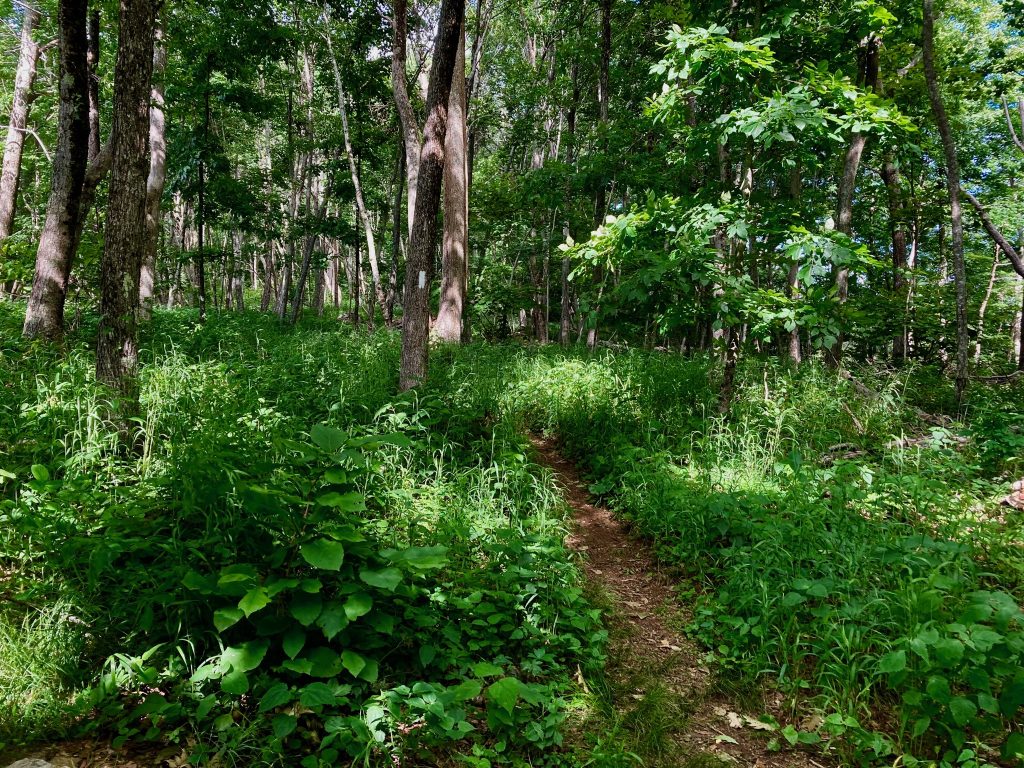 Trail on the First Part of the Ridge 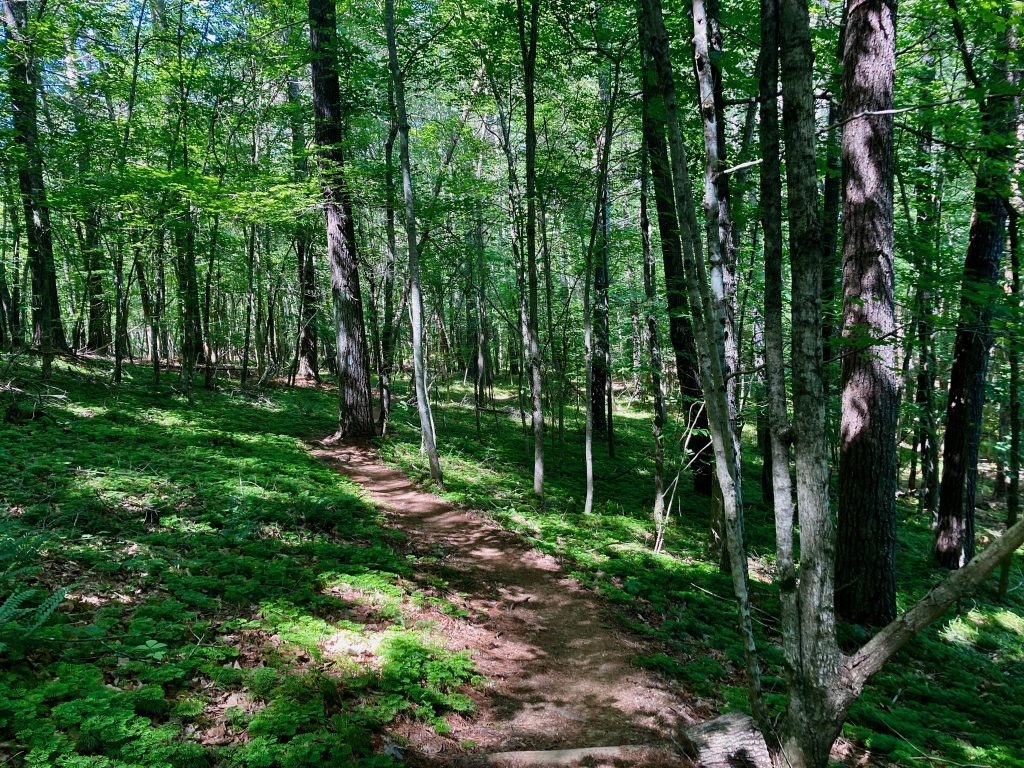 Trail About a Mile Past Niday Shelter NOBO 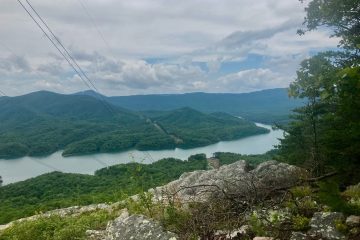 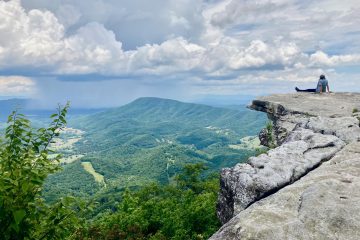 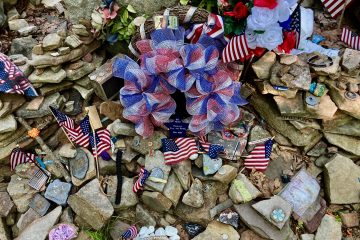