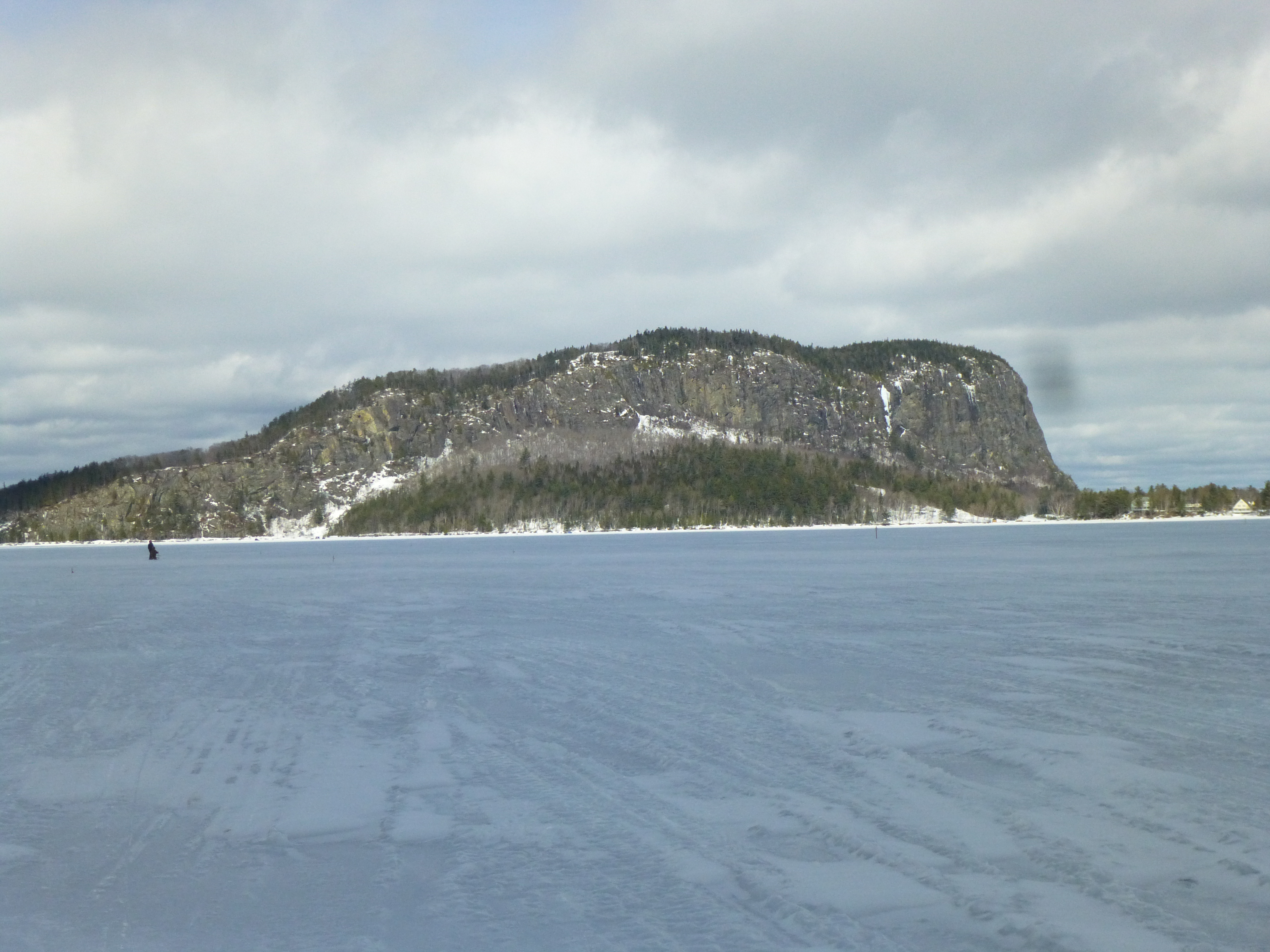 On February 24th, we climbed Mount Kineo. We got up early and headed for the Greenville region. We parked at the boat landing in Rockwood. I was glad the outhouse at the boat landing was open during the winter! The parking lot was filled with snowmobile trailers. There were a number of people ice fishing out on Moosehead Lake today despite the wind. 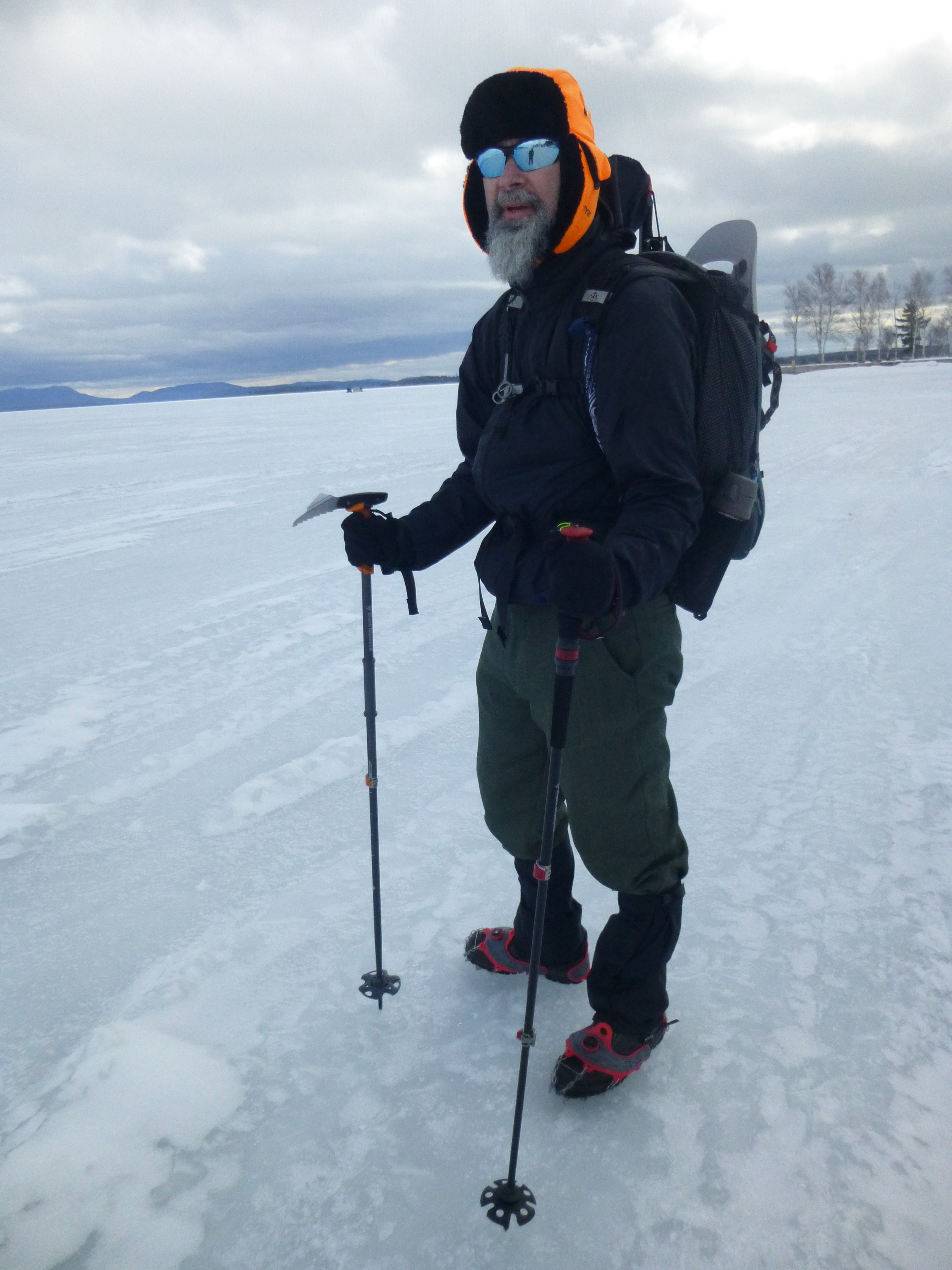 Frosty Walking on the Ice of Moosehead Lake

We put on our micro-cleats and wind layers and headed across the lake to Kineo. The wind was intense! There were a couple of times that I felt like a cartoon character walking into strong wind, but not actually moving forward. Luckily, I had brought my face mask which really helped deal with the wind.

I was so happy to get to land as the wind was not as bad. As we walked along the edge of the land toward the trailhead, we had some spectacular views of ice on the rocks and cliffs. We decided to go up the Indian Trail. 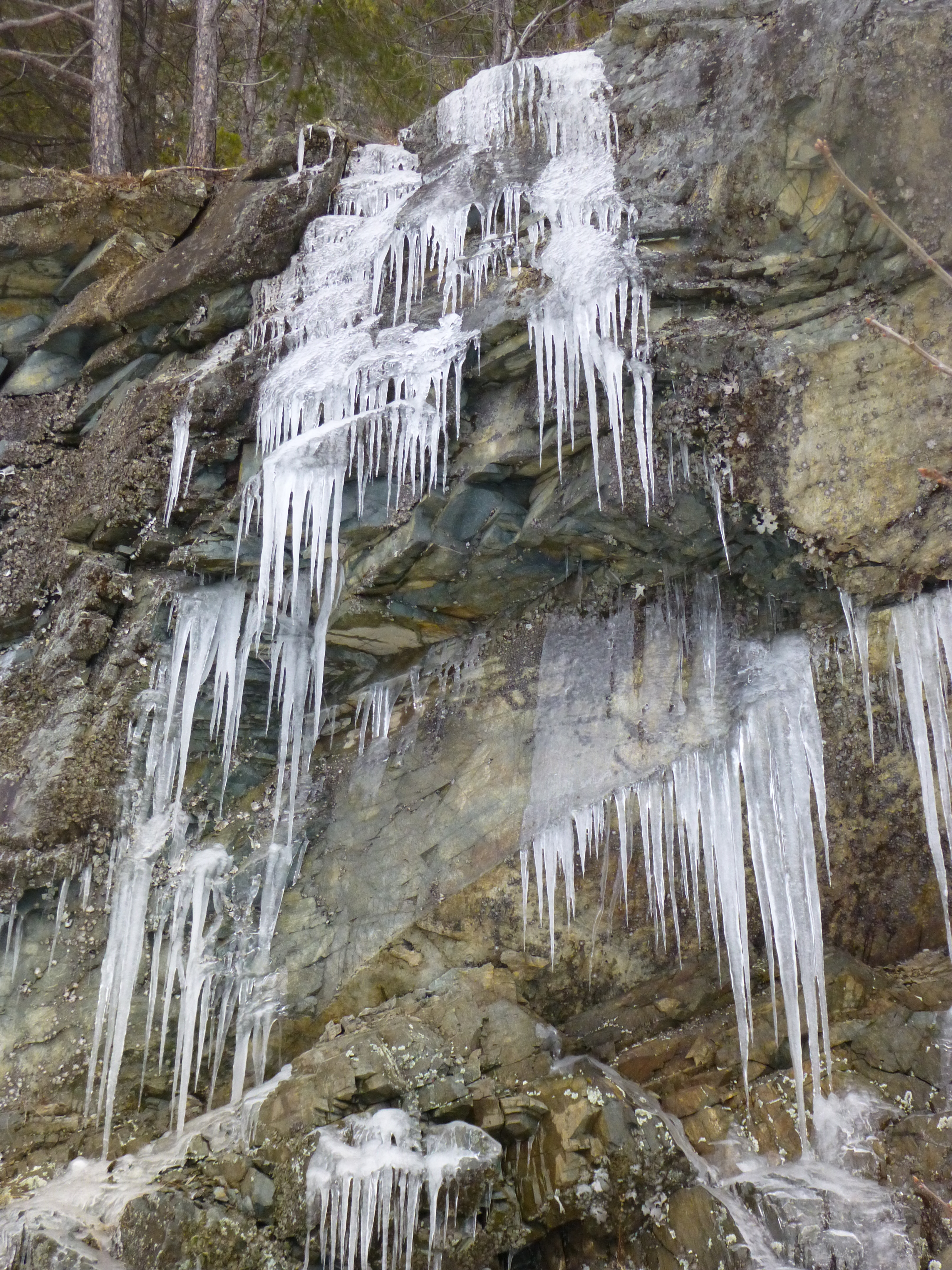 Ice Hangs from the Rocks at Kineo

It was steep and challenging, but the views were spectacular. We put our ice axes to work in places as we climbed up. A few trees/branches were down from this fall’s wind storm, but not hard to get around. 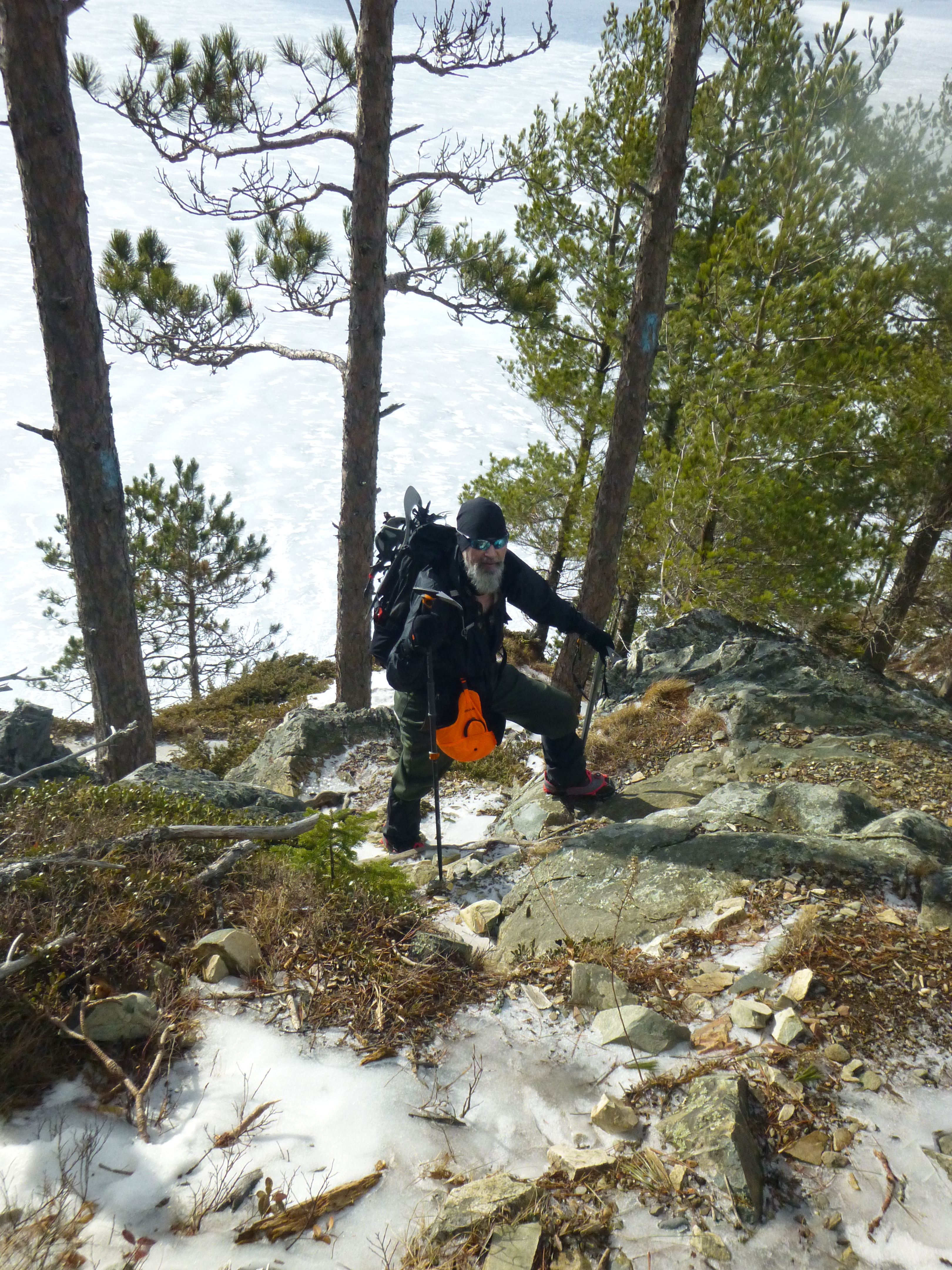 Frosty on the Icy Climb Up 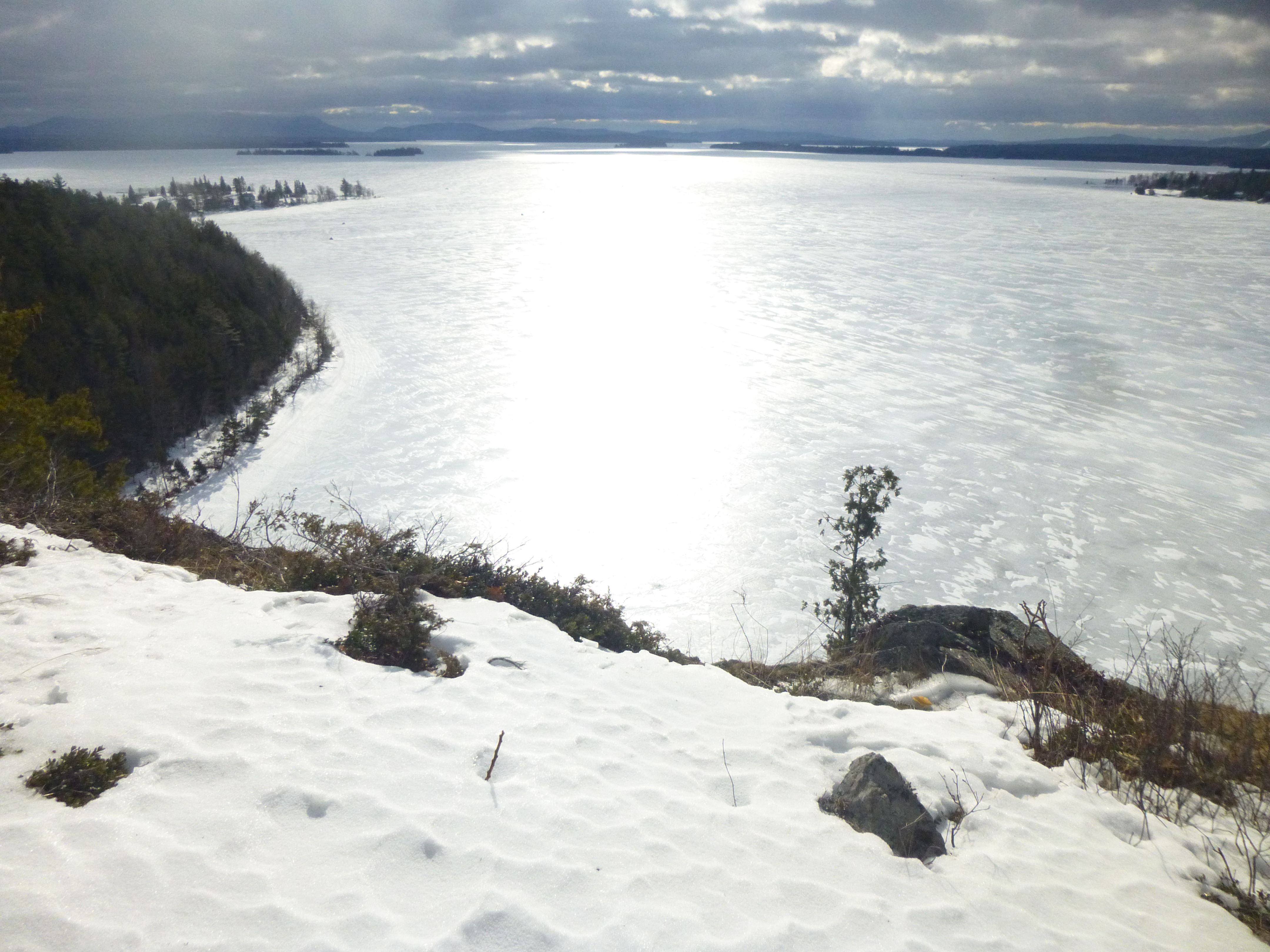 Views across Moosehead Lake from the Indian Trail on Mount Kineo

While at the top, we took off our cleats and climbed the old fire tower. Incredible views from the top, but the wind was whipping, so we didn’t spend a lot of time up there. 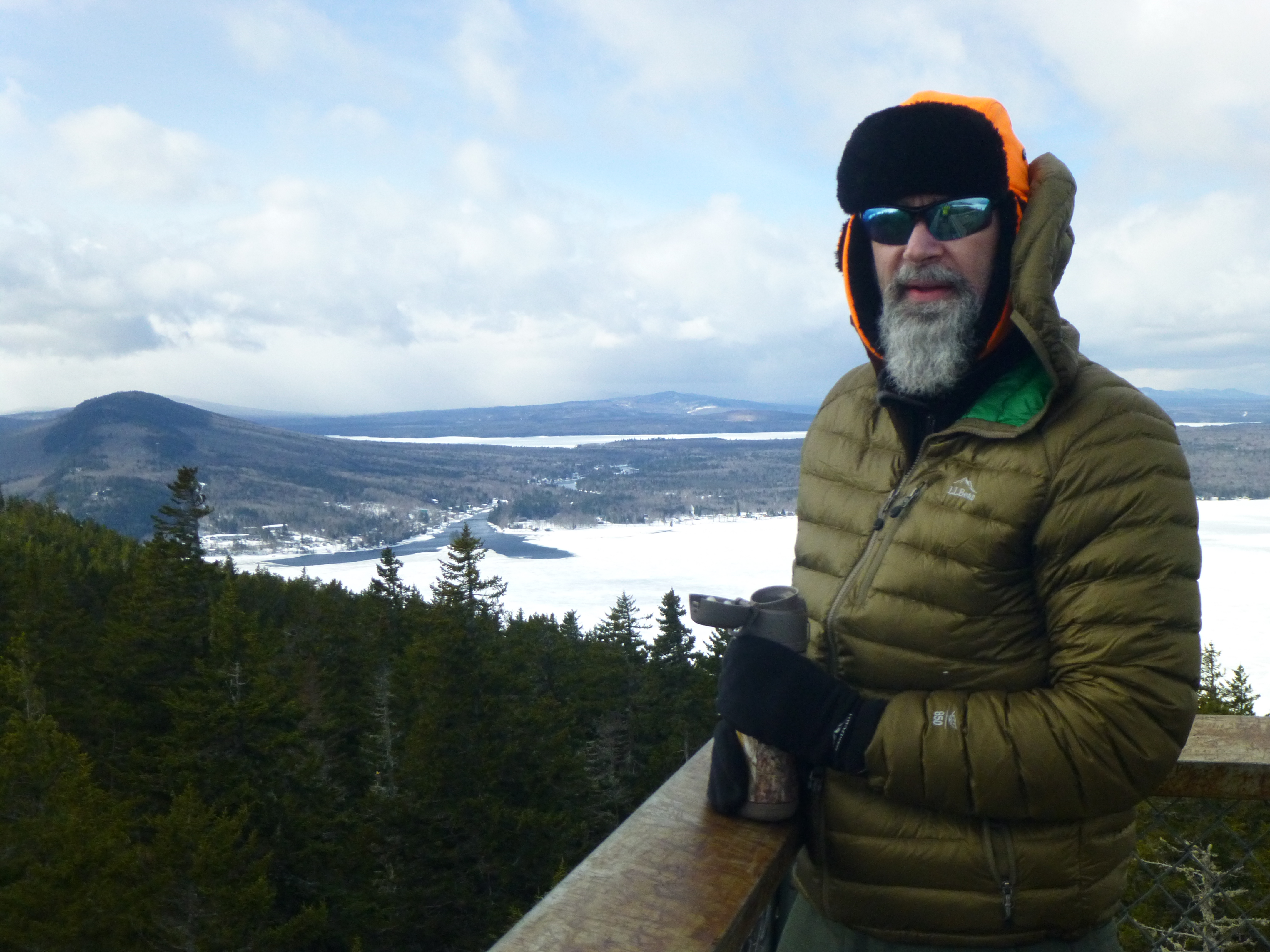 We took the Bridle Trail down. While descending, we met a large group on their way up. They were with The Northwoods Wellness Collective. This group had children to seniors and seemed to be having a great time. 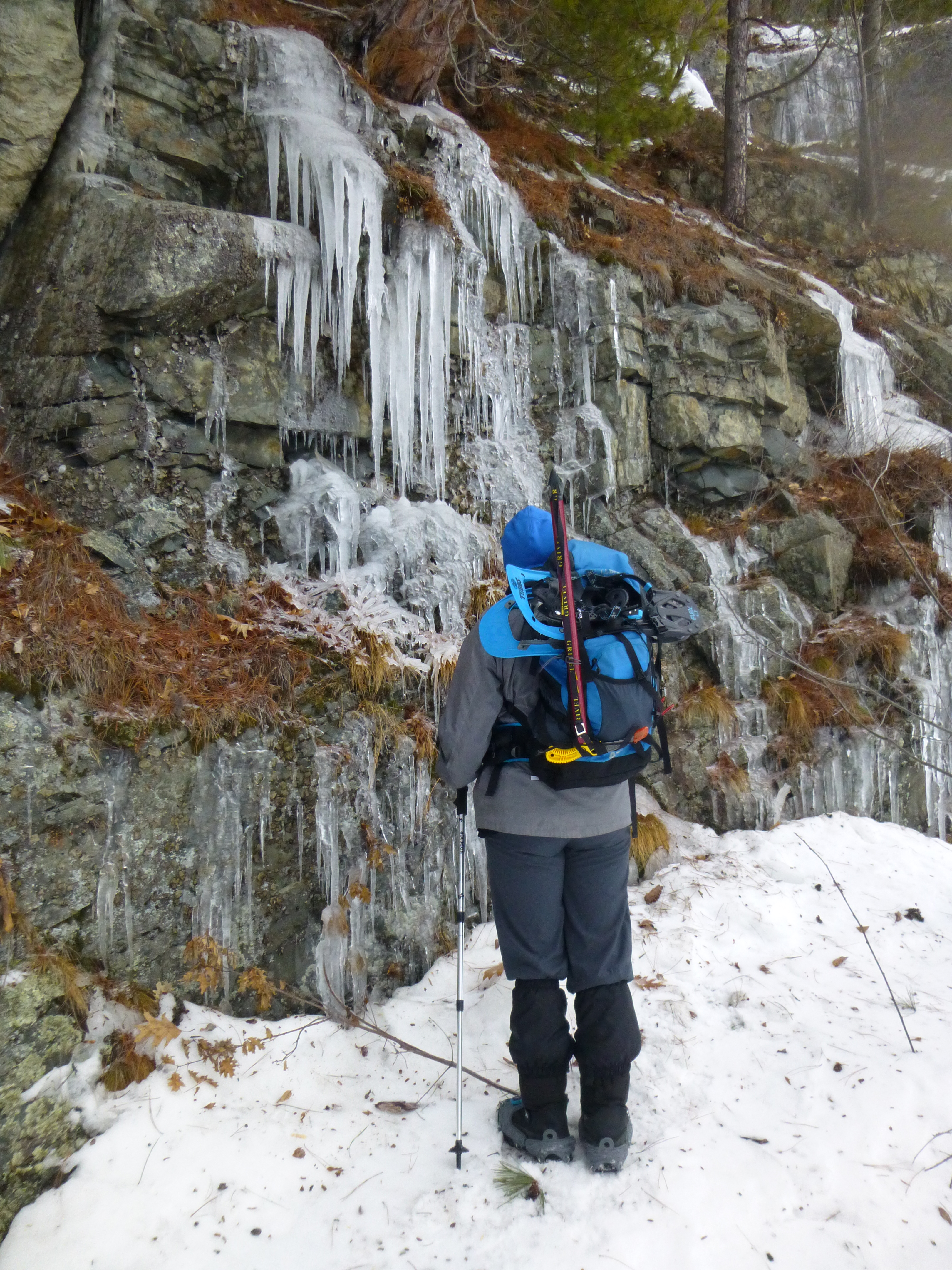 Magoo Checks out the Ice on the Rocks on Kineo

Coming down, for the most part was fast and easy. I even ran in one section. I find descending in the winter much easier on my knees than in the summer. The snow cushions the impact.

The gorgeous icicle covered cliffs had changed a bit since we went up. It was warming now, so they were crashing off. No walking under them as we walked by this time. 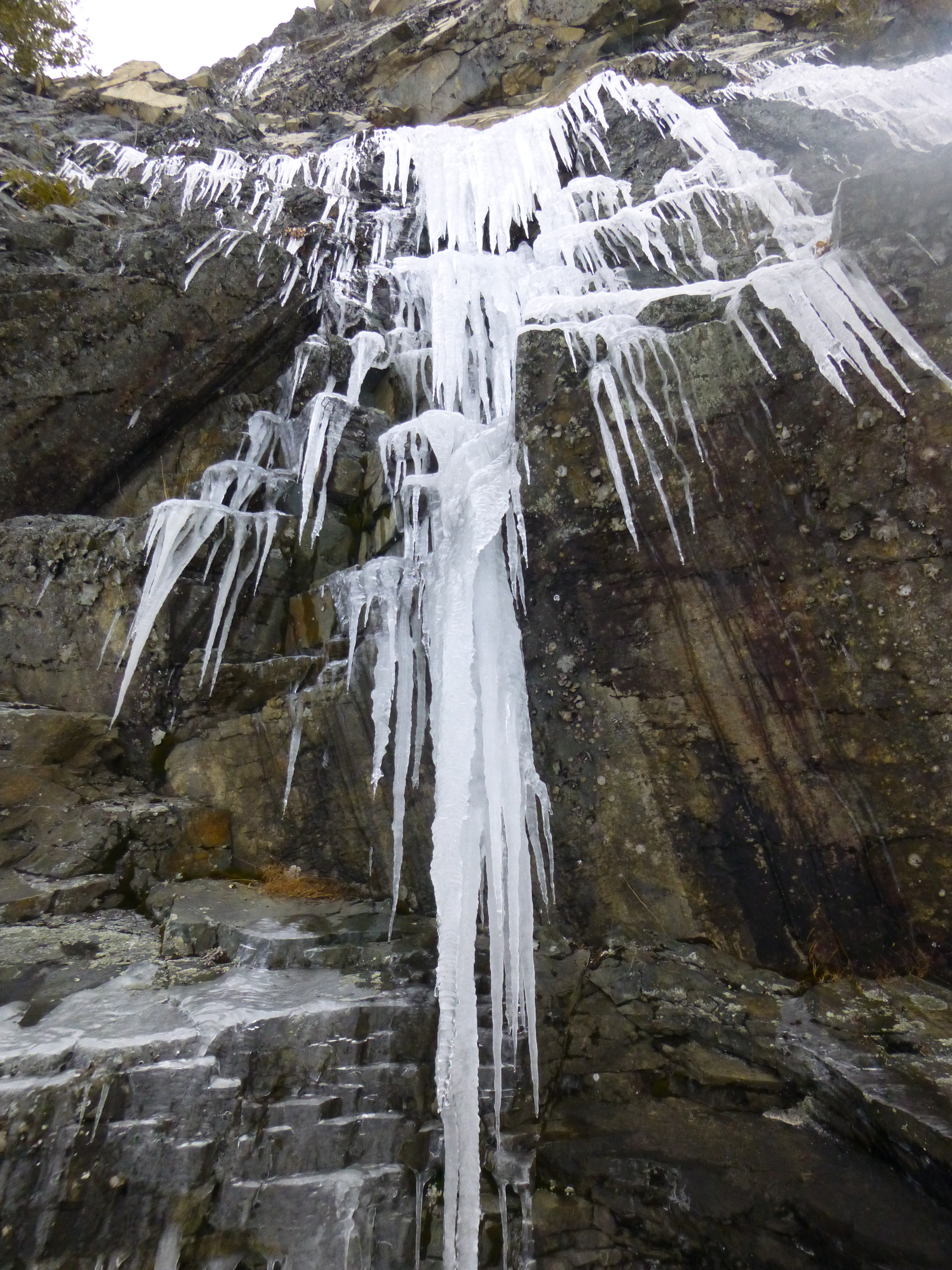 Looking up at Ice on Kineo

The wind had lessened for our return trip across the lake. That was a relief. We had our snowshoes strapped to our packs just in case we needed them, but that is where they stayed for this trip.

With the lake crossing, the total mileage for this trip was 5.16 miles.

Winter adventures always seem to involve playing the layers game. As the temperature, wind, sun, and activity levels change layers need to be added and removed. So we try to be prepared with our clothing. You don’t want to get too hot and sweaty, but you don’t want to get chilled either. 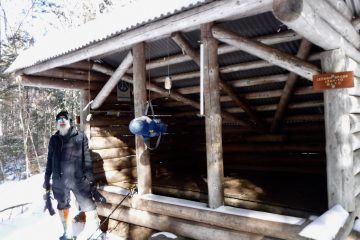 This trip is a part of the 100 Mile Wilderness Winter Lean-to Challenge. On January 23rd, 2021, Frosty and I headed to Monson. We wanted to hike into the  Leeman Brook Lean-To in the Hundred Read more… 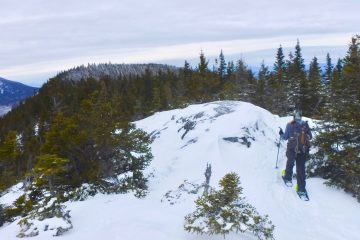 On January 4th, Frosty and I headed out to hike Little Bigelow. We parked where the East Flagstaff Road and the Bog Road split. It was a short walk down the road to the trailhead.  The skies Read more…