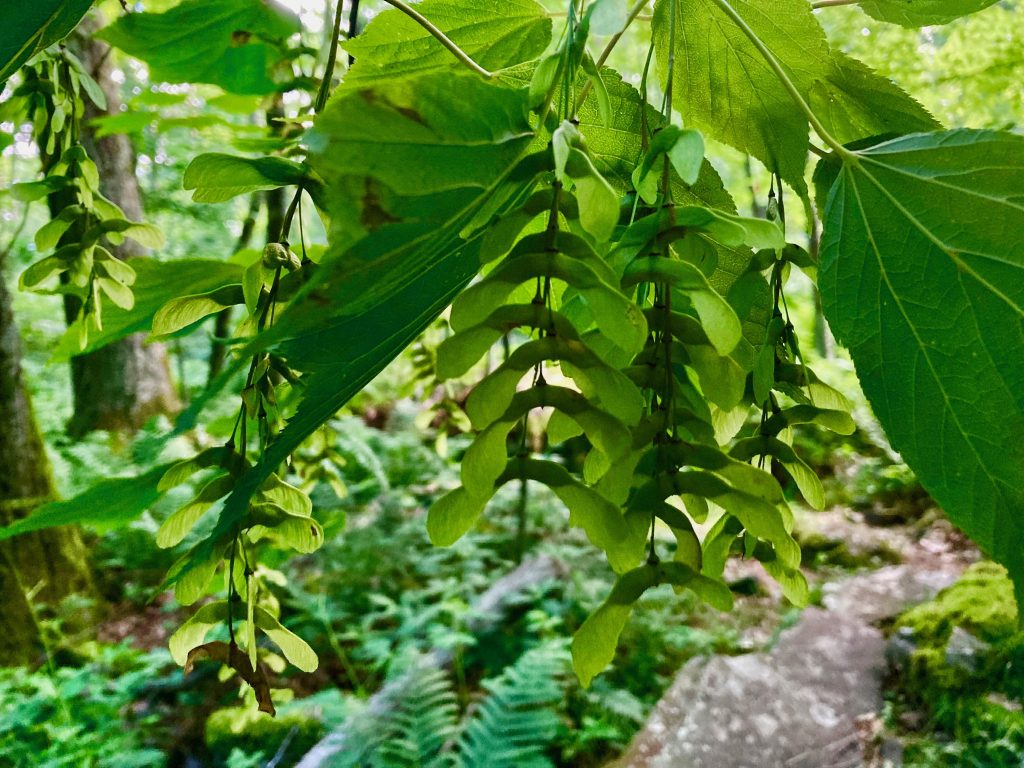 The day began with miles of rocky, overgrown trail. The plants were wet from the rain previous day’s rain and dew. 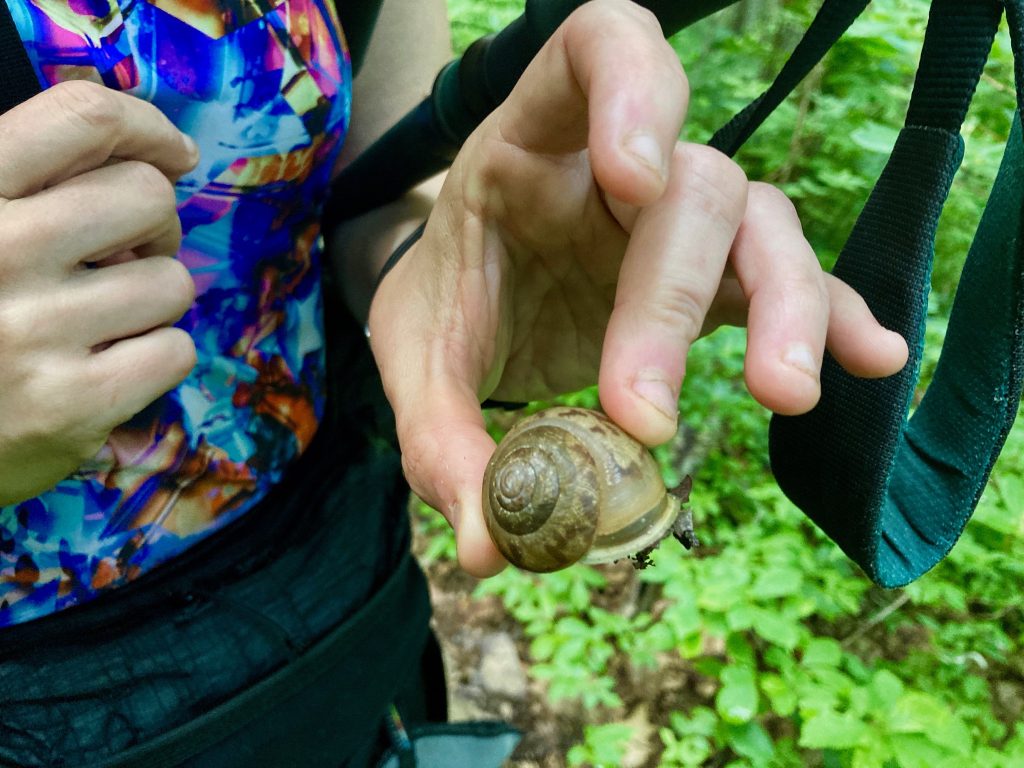 We saw several snails on the trail in the damp areas. These snails are so cool and SO big! We also saw a doe. It ran off as we got closer. 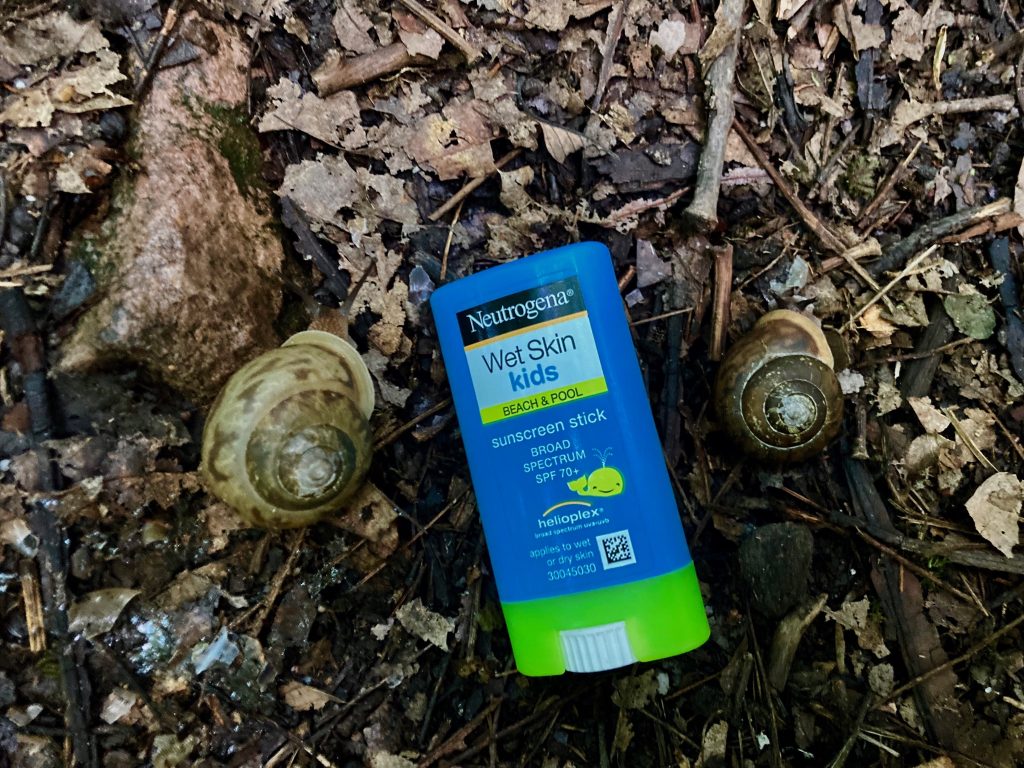 A Couple of Snails with My Mini Sunscreen Stick

There are still some blooming flowers: white and pink mountain laurel and white rhododendron. 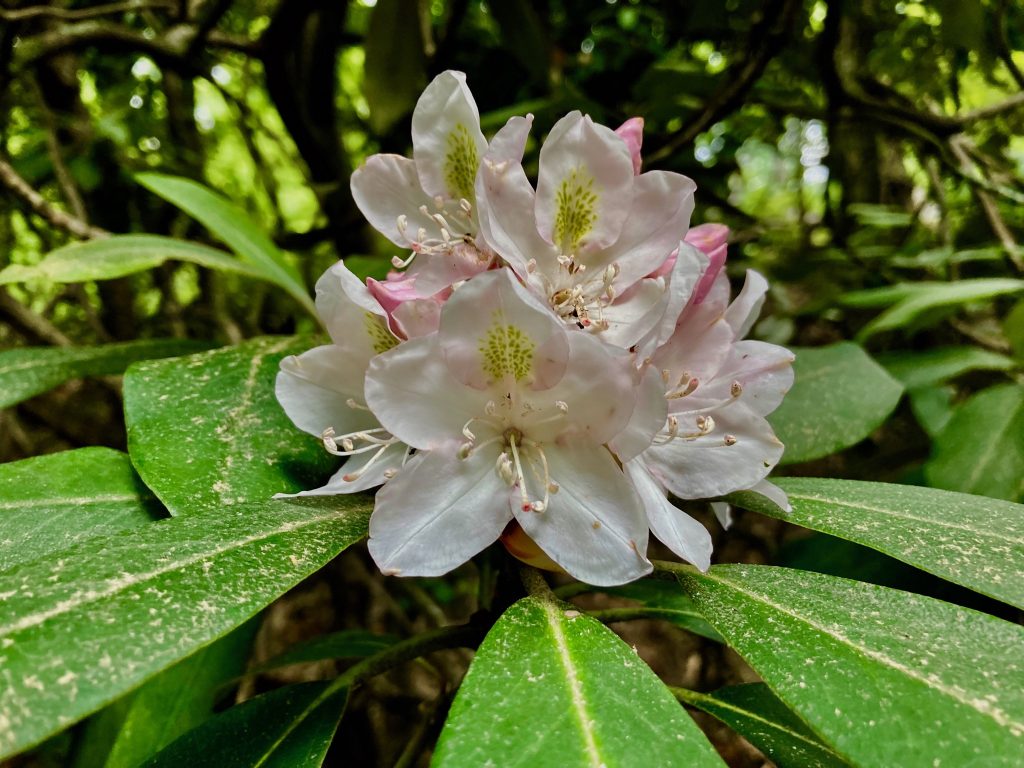 We took an hour long break at the War Spur Shelter. We had snacks and drinks. This was my half way point of the AT!  Now, I really was half way there! I couldn’t believe that I had accomplished this goal! 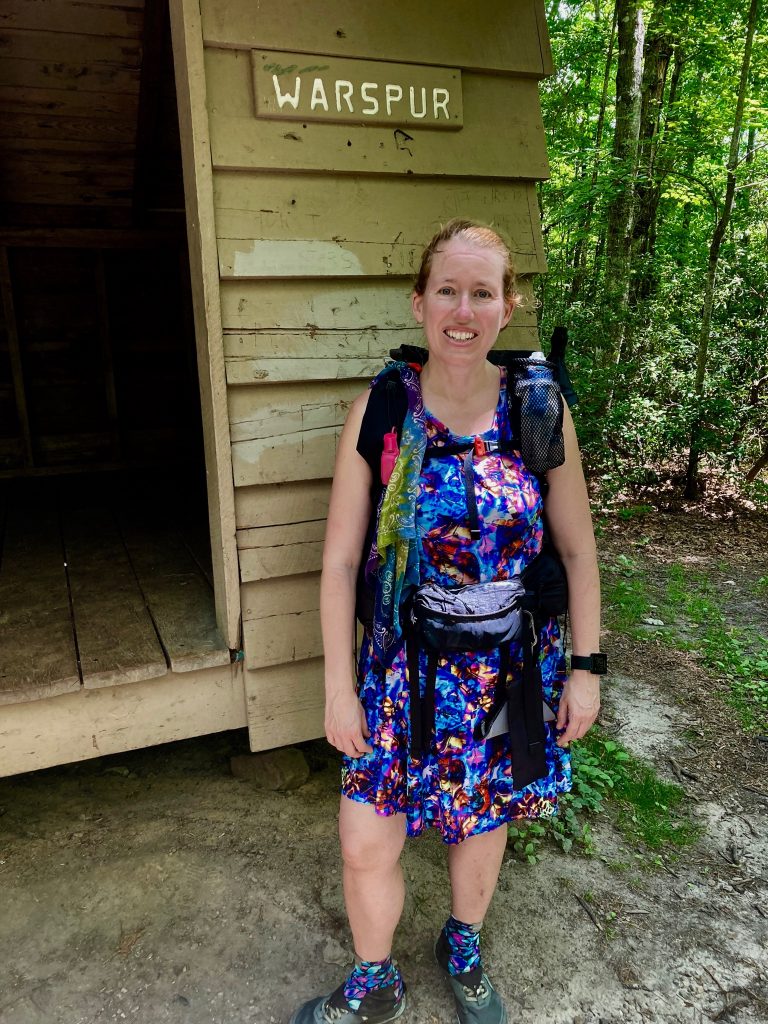 A little lizard crawled up on my pack while it sat on the picnic table. 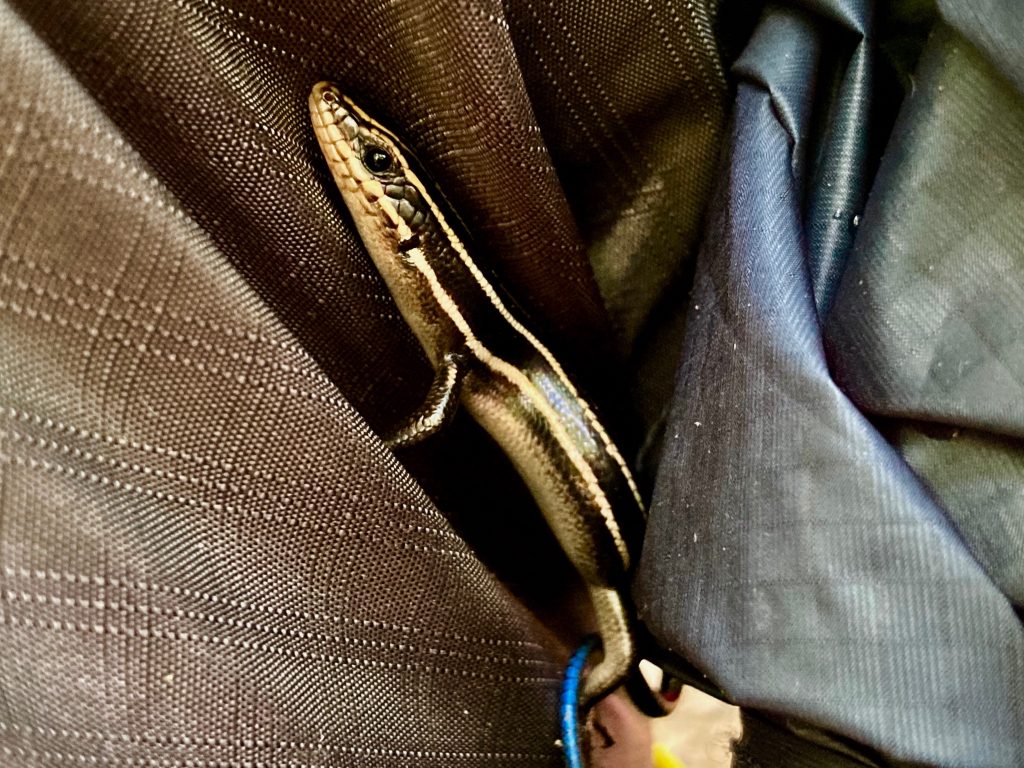 This Little Lizard Thought He Might Hitch a Ride

After the shelter, we could hear a deer snorting several times. then it ran off. The brush was so thick that we couldn’t see it. 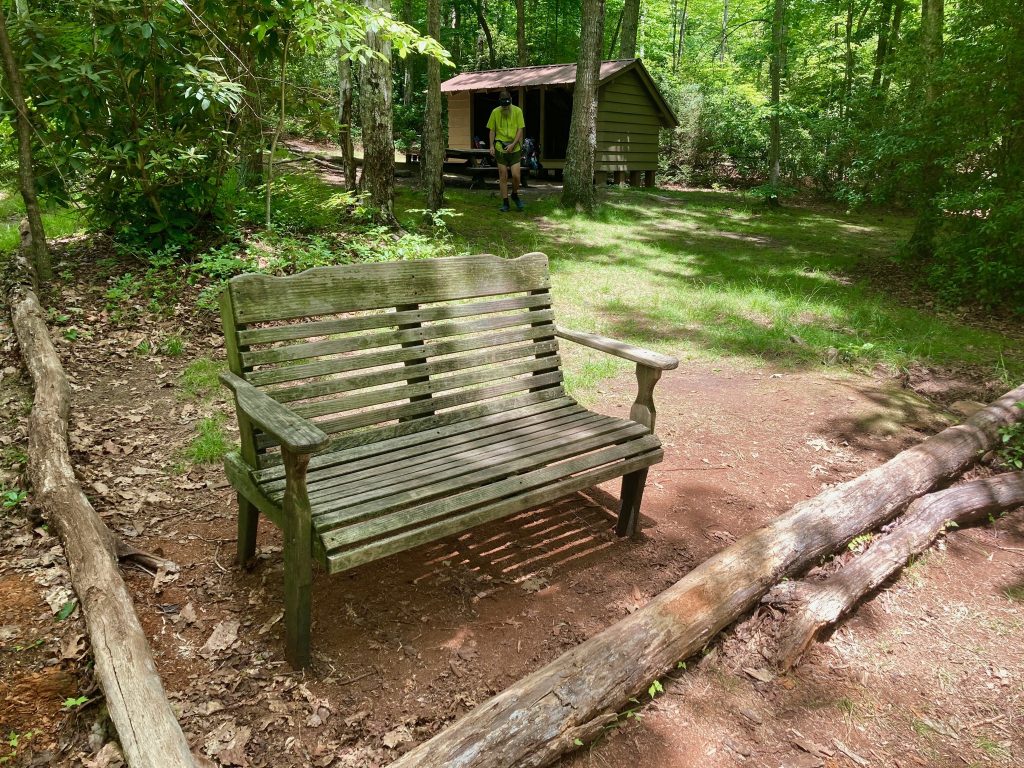 This Bench at the War Spur Shelter Looked Inviting, But There Was More Shade at the Picnic Table Which Was Important on This Hot Day

The climb up Kelly Knob in the heat was hard for me. I was dripping sweat like a faucet. 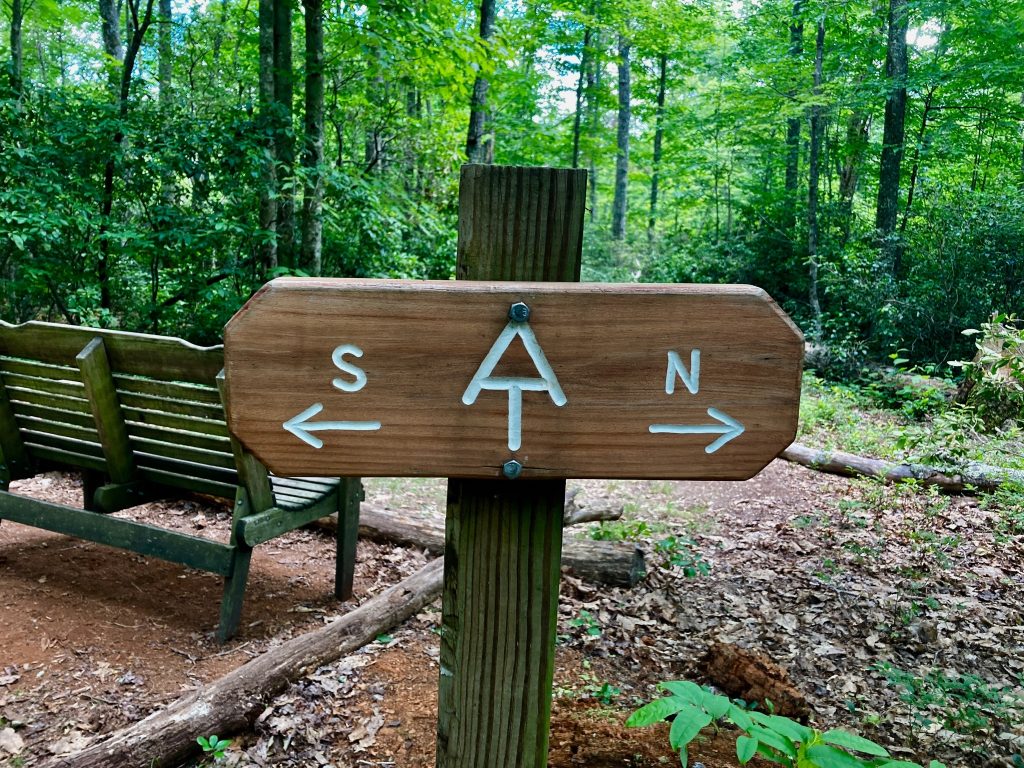 The highlight of my day was when I saw bears on trail – my first bears on trail! Yeah! Frosty was behind me about fifty feet on trail. He said, “Bears.” I looked to the side and there was a mama bear and three cubs twenty feet from me! The cubs were climbing up a tree and mama bear was staring at me standing beside the tree. 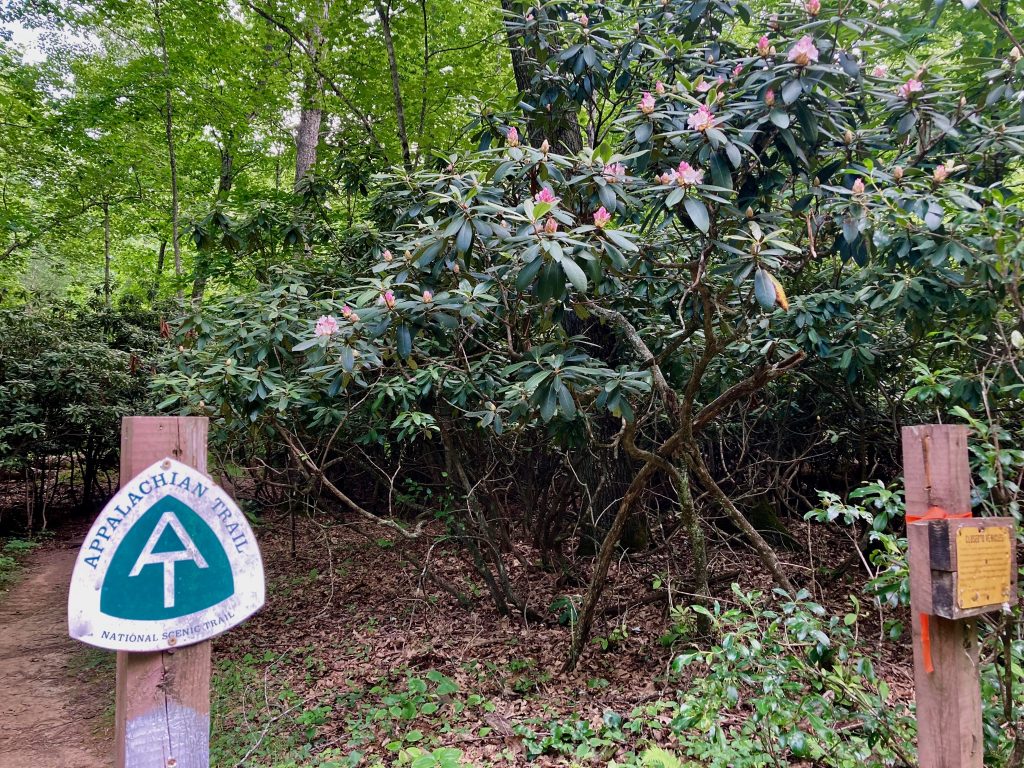 Frosty told me to back up. I did. Then we were together. We watched them as they watched us. The bears all backed up to a tree about twenty feet further back from the first tree. The cubs climbed up the tree again. Mom was on all fours at the base of the tree still watching us. Then mom ran away from us down a small hill. The cubs climbed down the tree and followed mom. 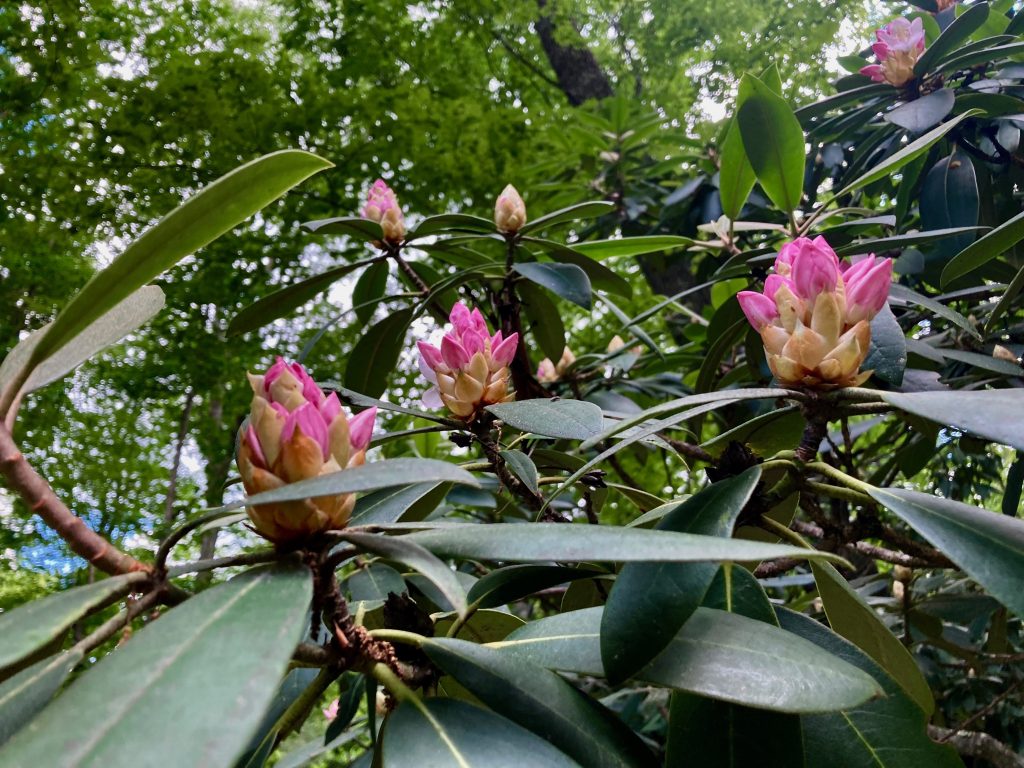 I was so in the moment watching the bears that I didn’t think to get my phone out for pictures. 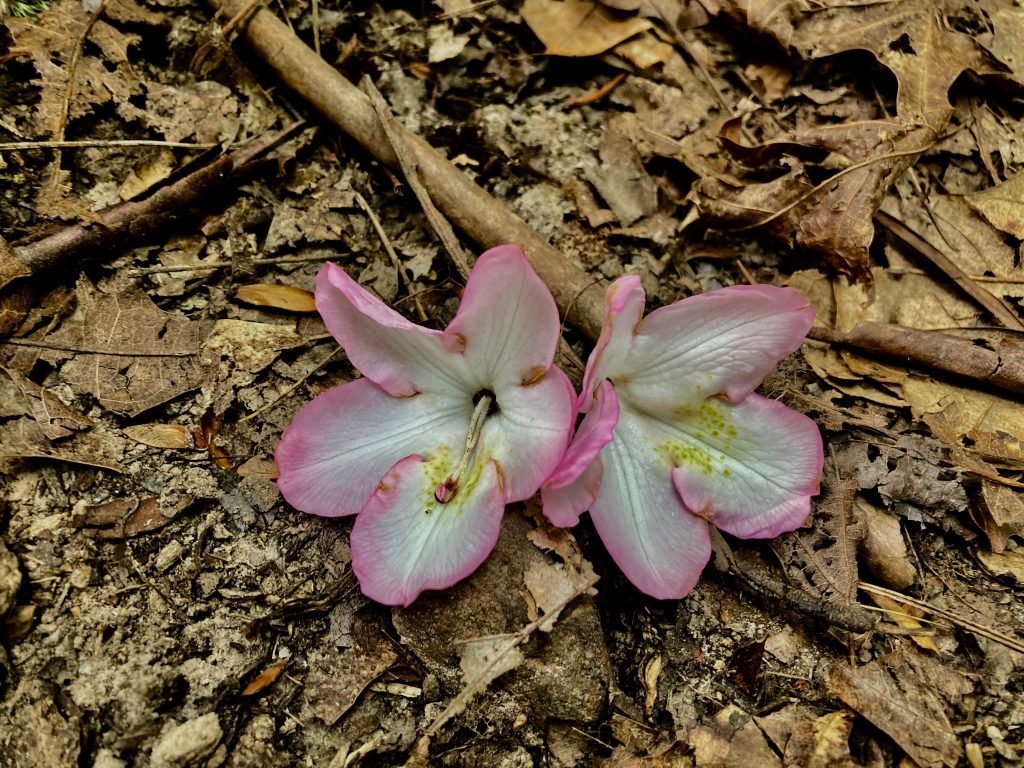 We ended of day at the Laurel Creek Shelter. Three other hikers were already here. We met Shadow. He was out doing a section. We also met Worst Mistake and his adult son who were out for a week long hike. The son was hammocking. The rest of us all stayed in the shelter. Shadow and Frosty shared some gear talk. They had a similar base weight. 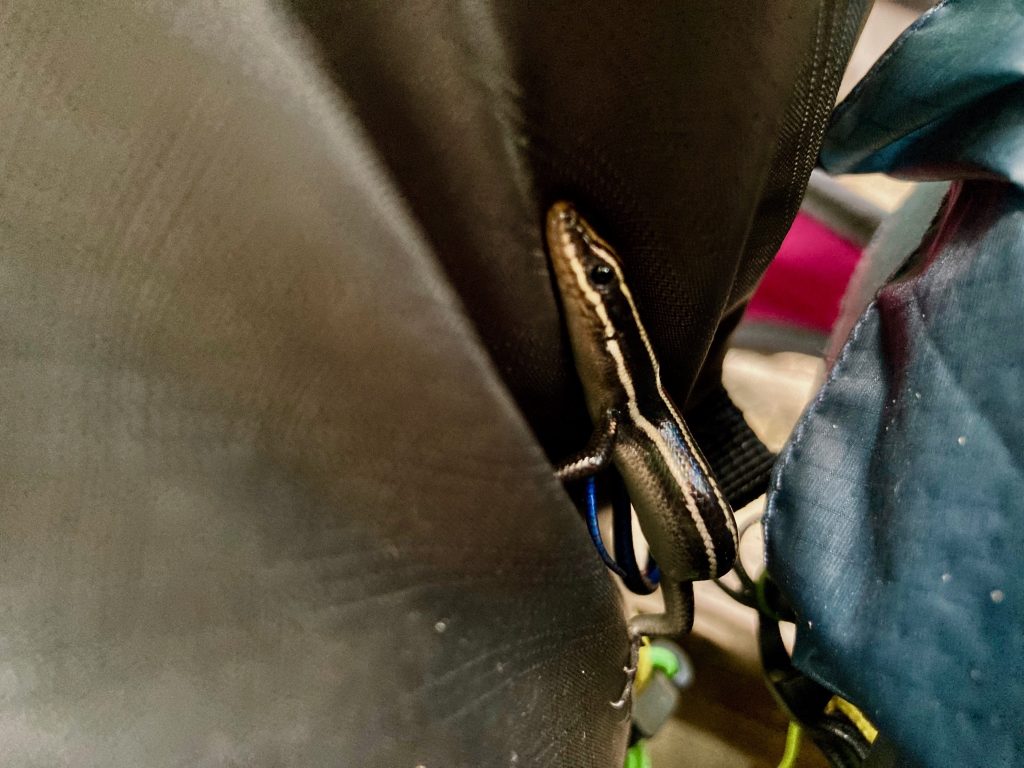 Closer View of my Lizard Friend

We had beef stroganoff for supper. I also had a dessert of a small bag of chips and more Crush flavored Swedish fish.

These Mountain Laurel Were Past Their Prime

We hiked 14.5 trail miles. I was glad I had my ear plugs because Worst Mistake was a loud snorer. The ear plugs deafened the sound enough. I could tell that Shadow was a bit annoyed with the snoring. 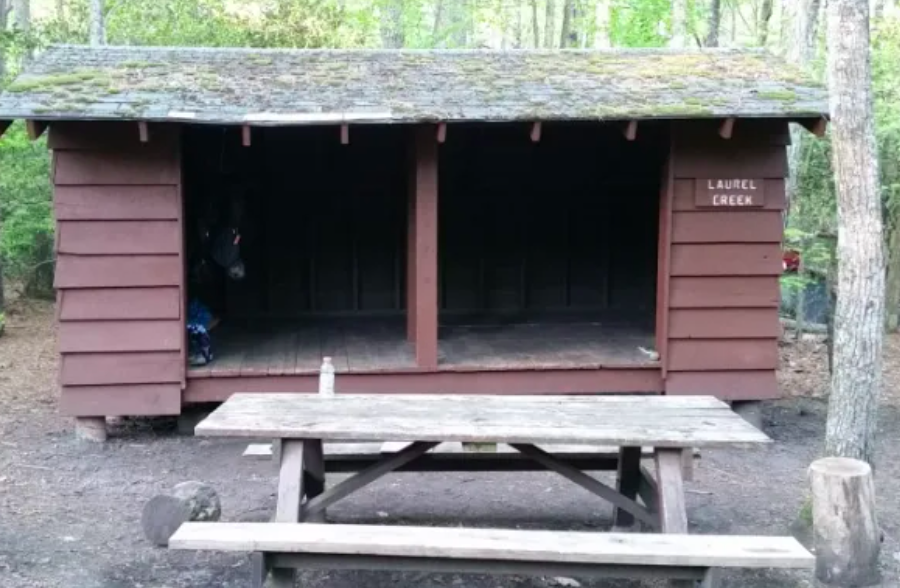 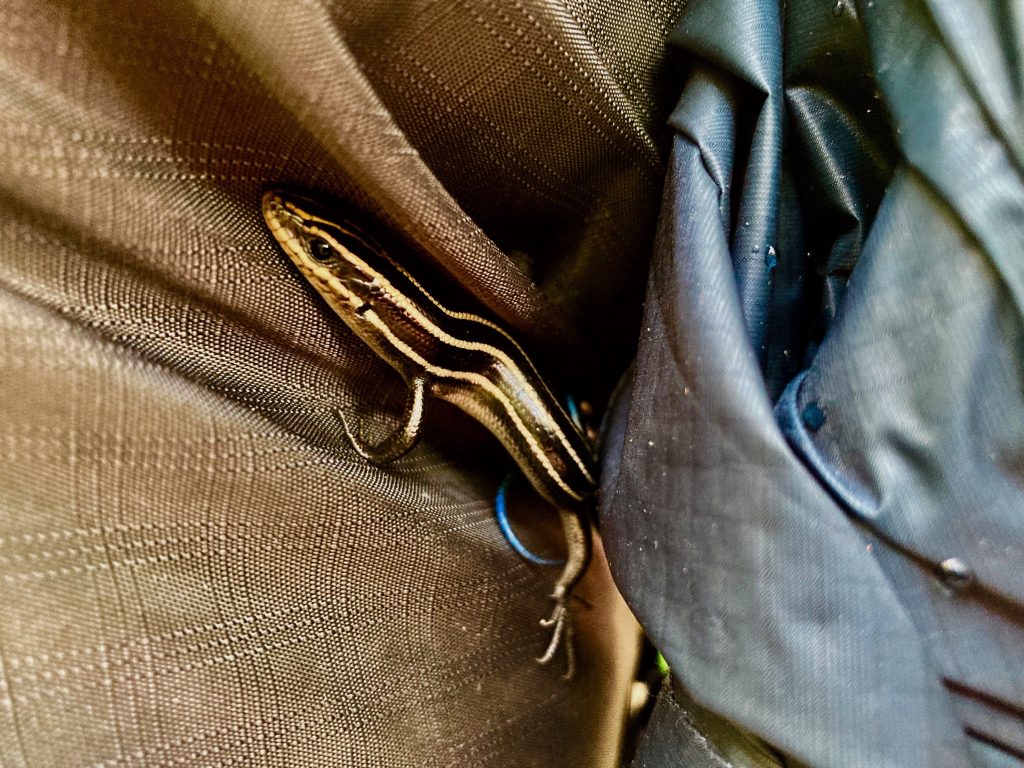 Another View of the Lizard