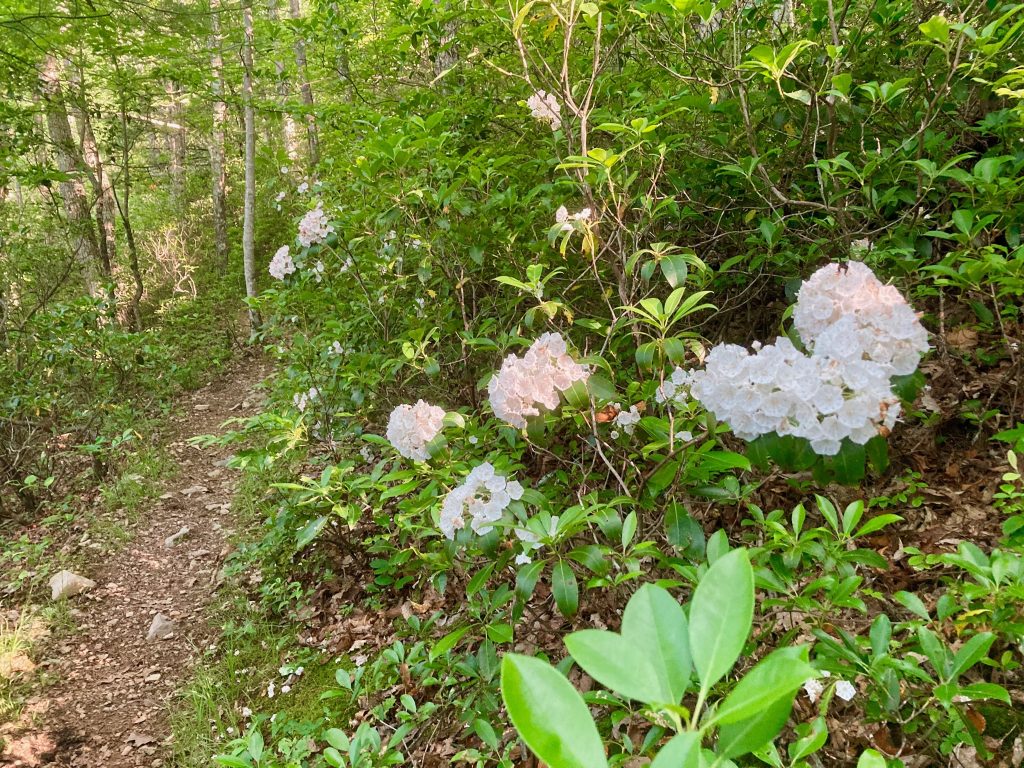 Mountain Laurel Along the Appalachian Trail

Pink Panther was waiting for a box. She had ordered some piece of gear. It wasn’t scheduled to arrive for a few days. This town isn’t set up for hikers to wait around in. There isn’t any food (restaurants or grocery stores) nearby. So she decided to have the post office bounce her package ahead to Marion. So she couldn’t leave at 8:00 with the man who was giving us a ride to the trail. Sam was still sleeping, so it was only Frosty and I catching a ride with him. 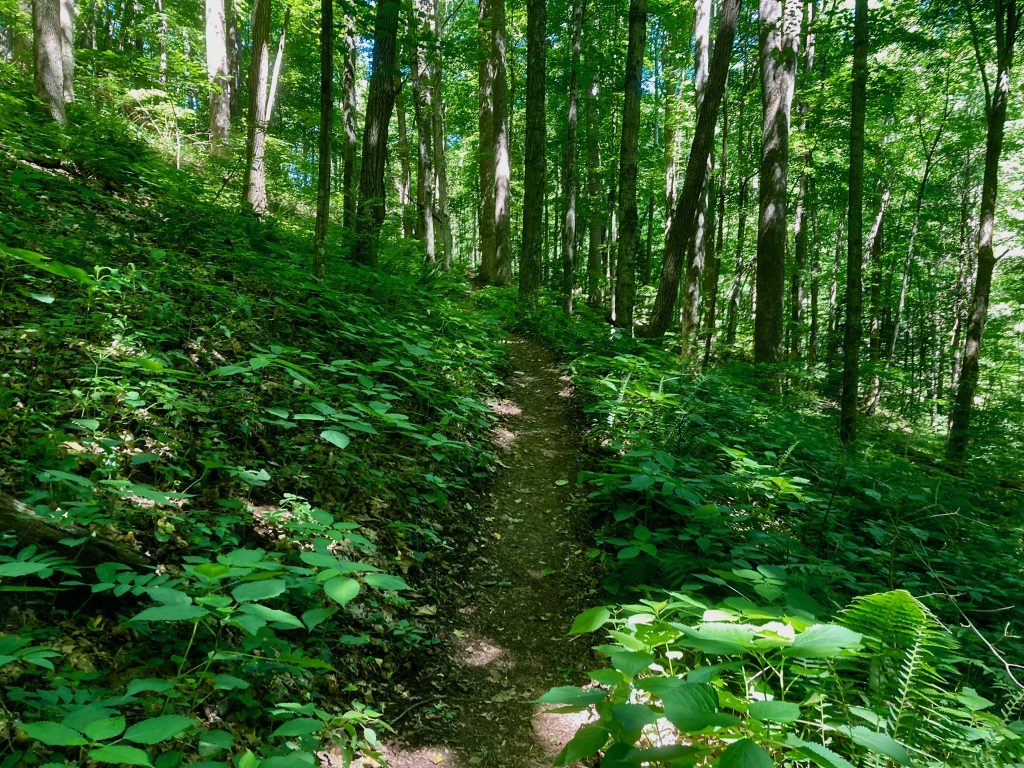 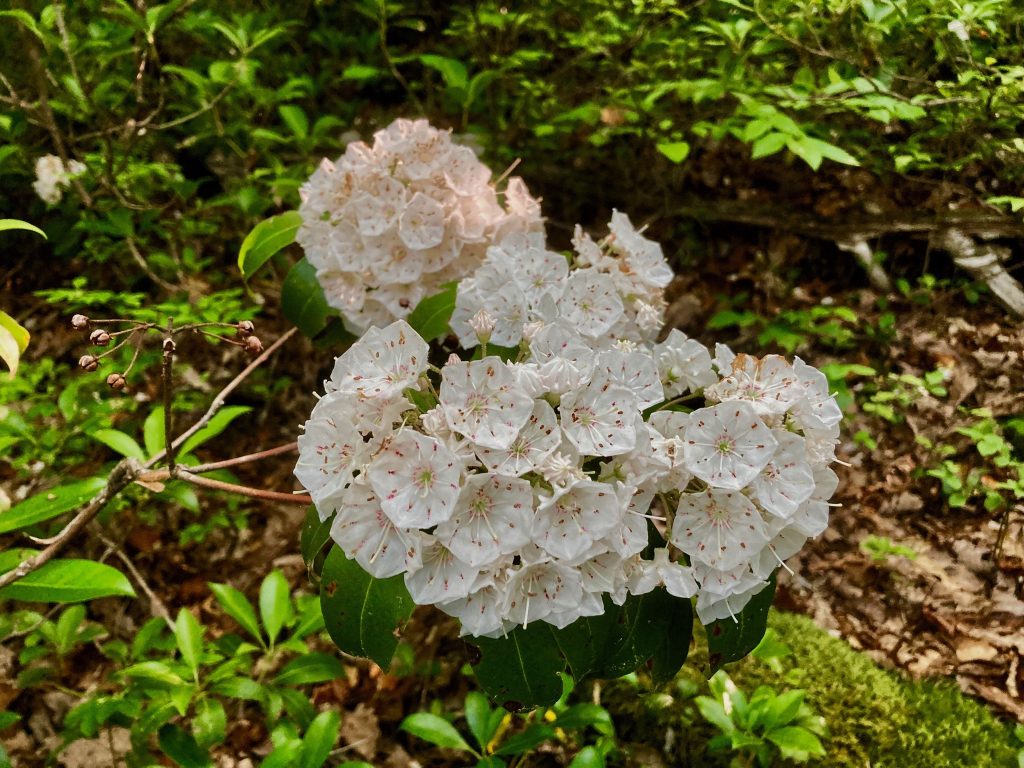 On one ridge that we travelled today, there was a viewpoint. There wouldn’t have been a view, if a few trees hadn’t been cut. I’m glad someone made the viewpoint. There was a sign that looked like a cross for a grave that proclaimed “View of the Rye Valley.” There were some stump seats to sit on. We stopped here for a water and snack break. Frosty also had to make a work phone call. 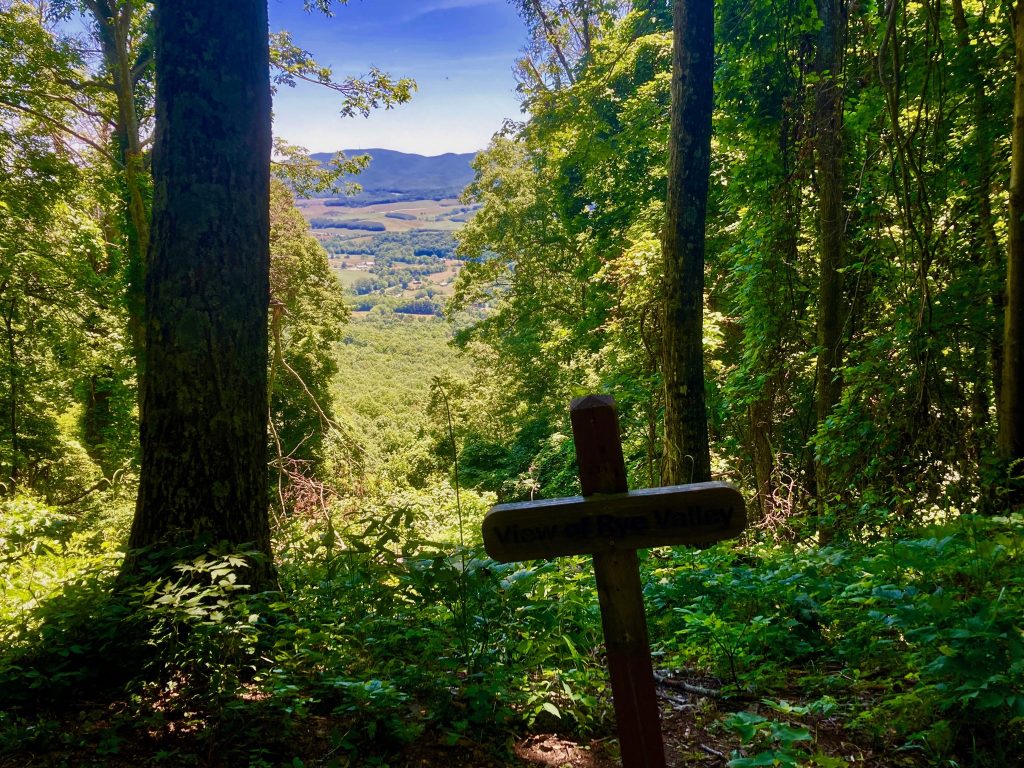 View of the Rye Valley

We hiked through some long rhododendron tunnels. Since, we were at a lower elevation now then when in Grayson Highlands, there rhododendrons weren’t in bloom. It was still very cool. 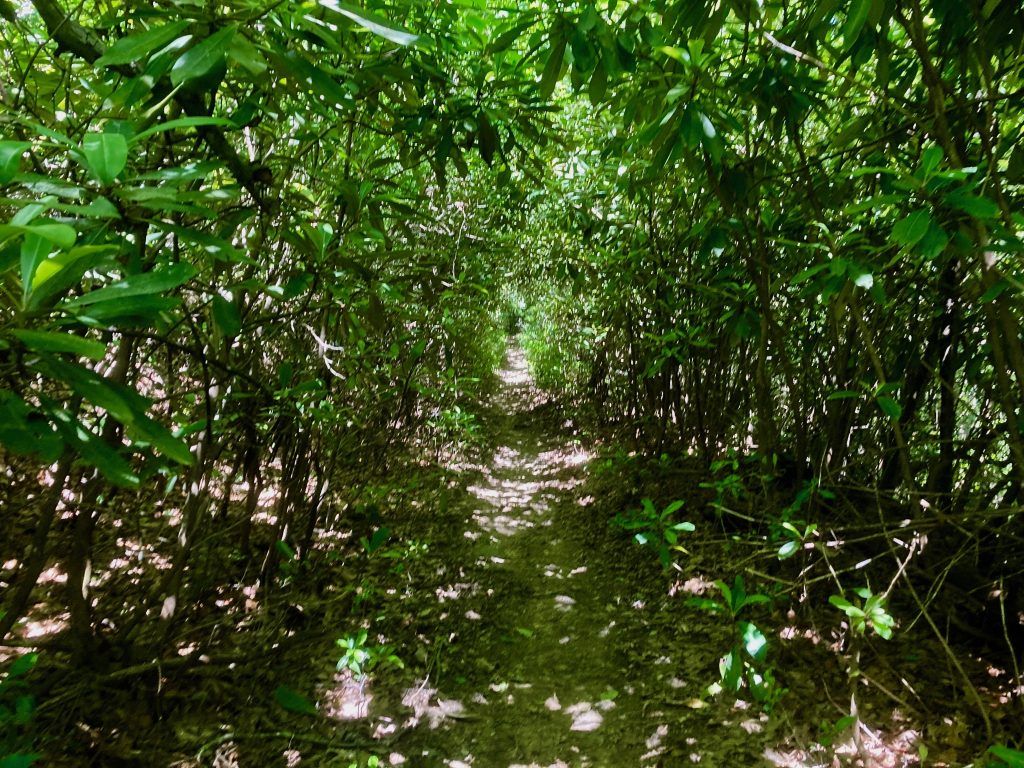 Rhododendron Tunnel on the Appalachian Trail

Frosty took another phone call, so I ended up at the shelter about a half hour before him. I met a SOBO hiker, Puff the Magic Dragon. And I talked to a NOBO thru hiker, Freight Train, named for his loud snoring. There were at least a couple of Freight Trains on trail this year. This Freight Train was known for his Florida Gators cap. He told me that Samwise was suspected of stealing food. At one shelter food went missing overnight, Samwise was the main suspect. 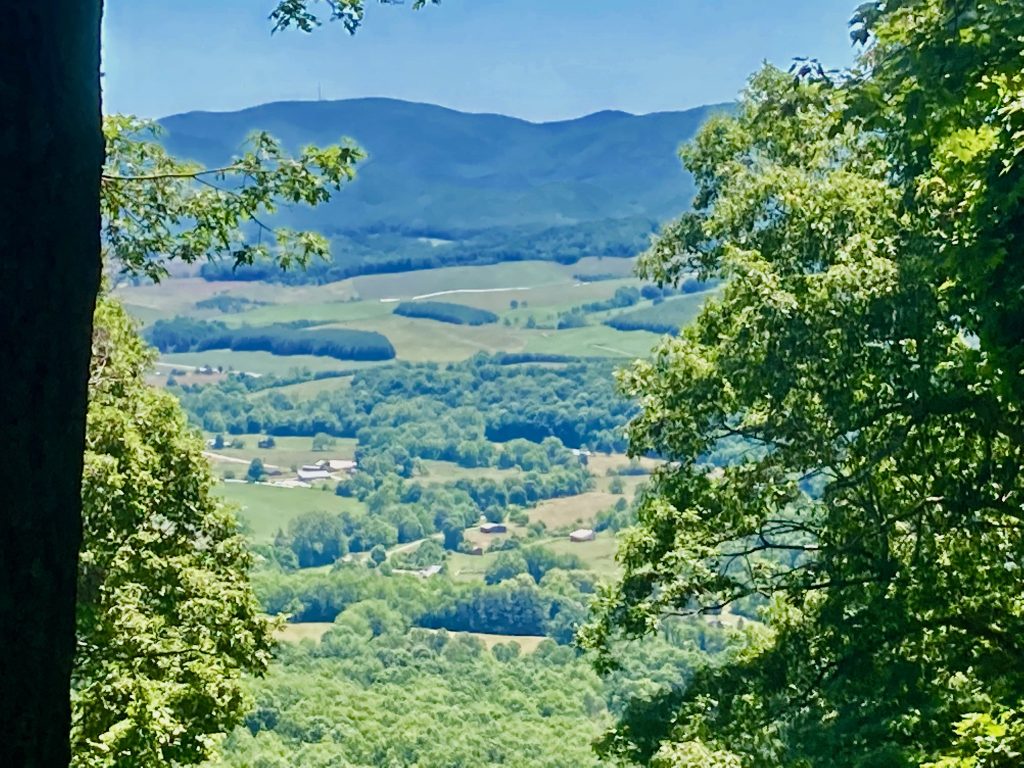 View of the Rye Valley

There were a bunch of young NOBO thru hikers here who started in May after college went on summer break. We met Dad Jokes, Milkman, and a few others that I couldn’t remember their names. Milkman had just graduated from U. Maine in Orono with a mechanical engineering degree. He had been on the track team. Dad Jokes was from Portland, Maine. 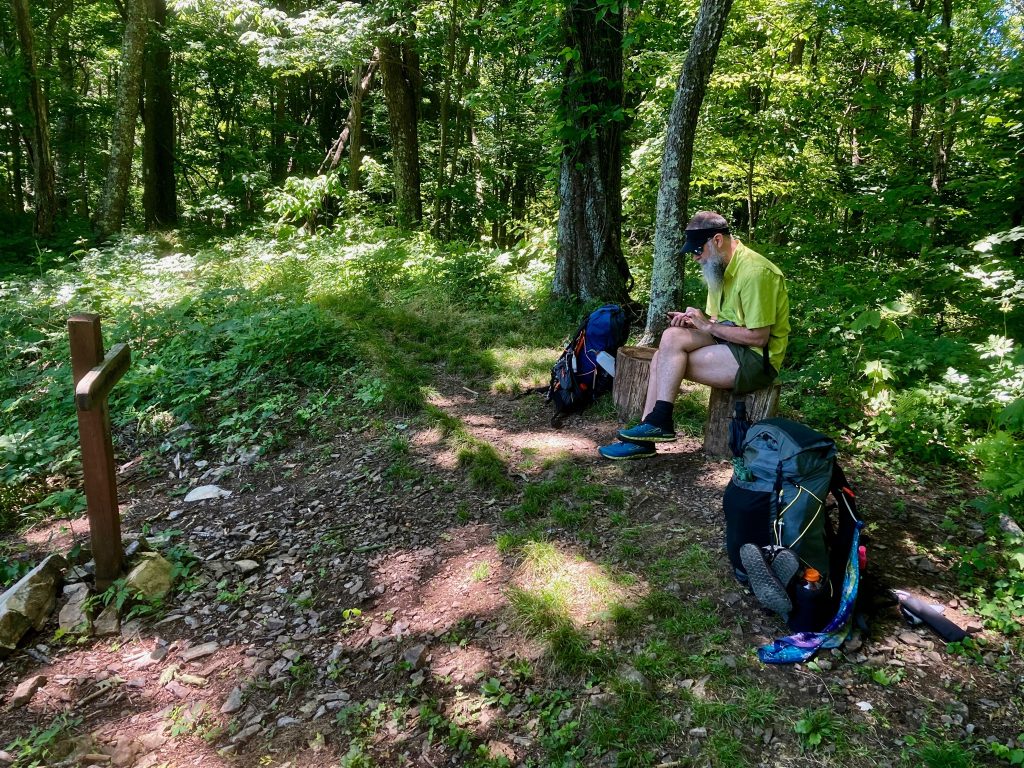 Sharkey met us here. He arrived after me, but before Frosty. Samwise showed up. Sharkey talked to him. Samwise needed to pick up a box from his parents in Marion. When Frosty showed up, we all rode in to Marion. It was a quick trip with two stops: the post office and a gas station. 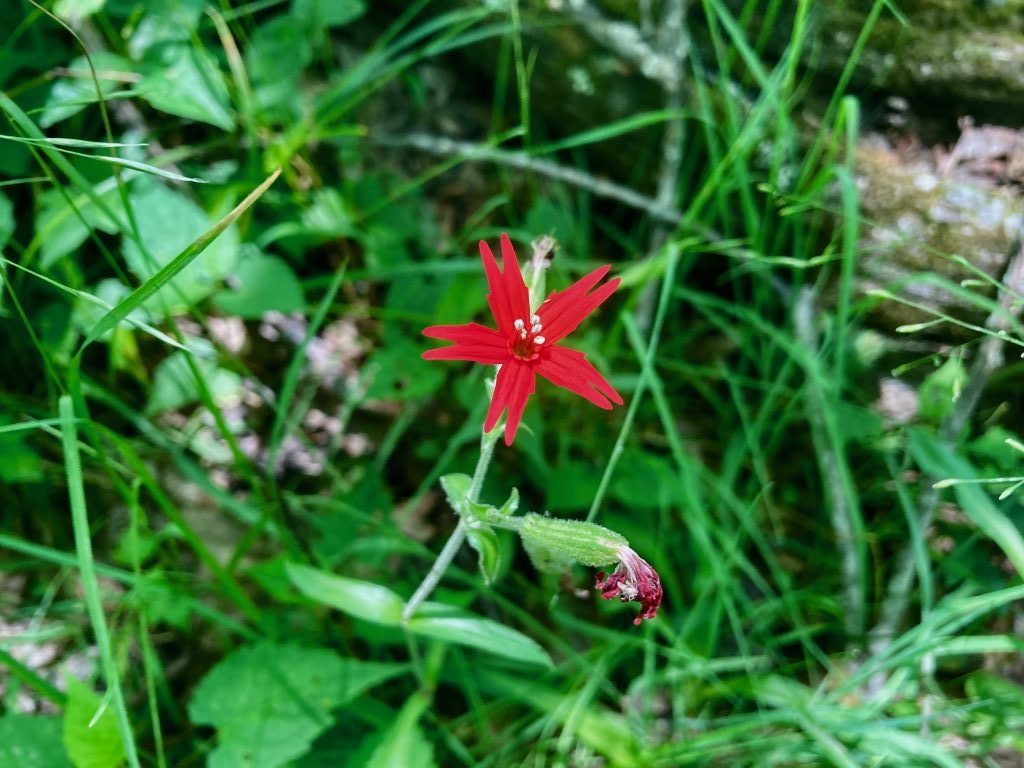 The Partnership Shelter is pretty fancy. It has two floors. Normally, this shelter has a working water spigot attached and a push button shower. The park service had disconnected the water due to Covid. Maybe clean people spread germs faster? This shelter was technically closed due to the pandemic, although some people stayed in it. Tenting isn’t usually allowed in the area of the shelter, but since the shelter is closed it was allowed. 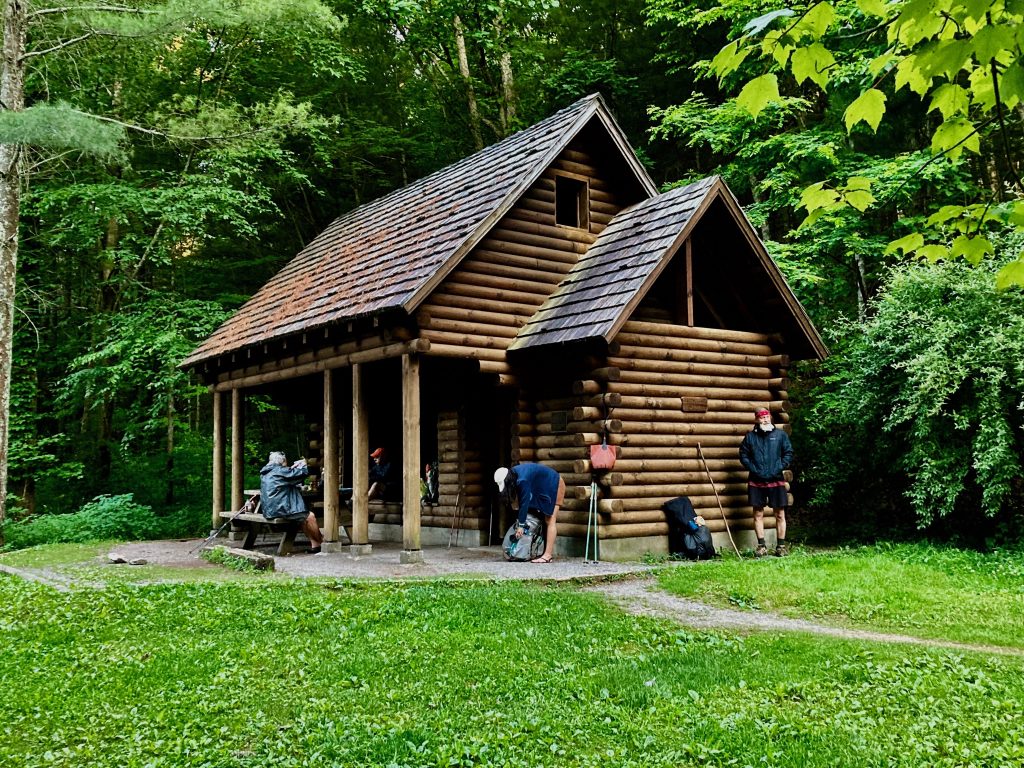 There was a pit toilet with toilet paper!!!  here. There was also a water pump not far from the shelter at  the Mount Rogers National Recreation Area Headquarters. Alcohol is prohibited at this shelter.  A shuttle bus regularly stop here and can bring you into Marion. Hikers can arrange pizza and other take out to be delivered here. There was a dumpster here, so I threw out our trash. 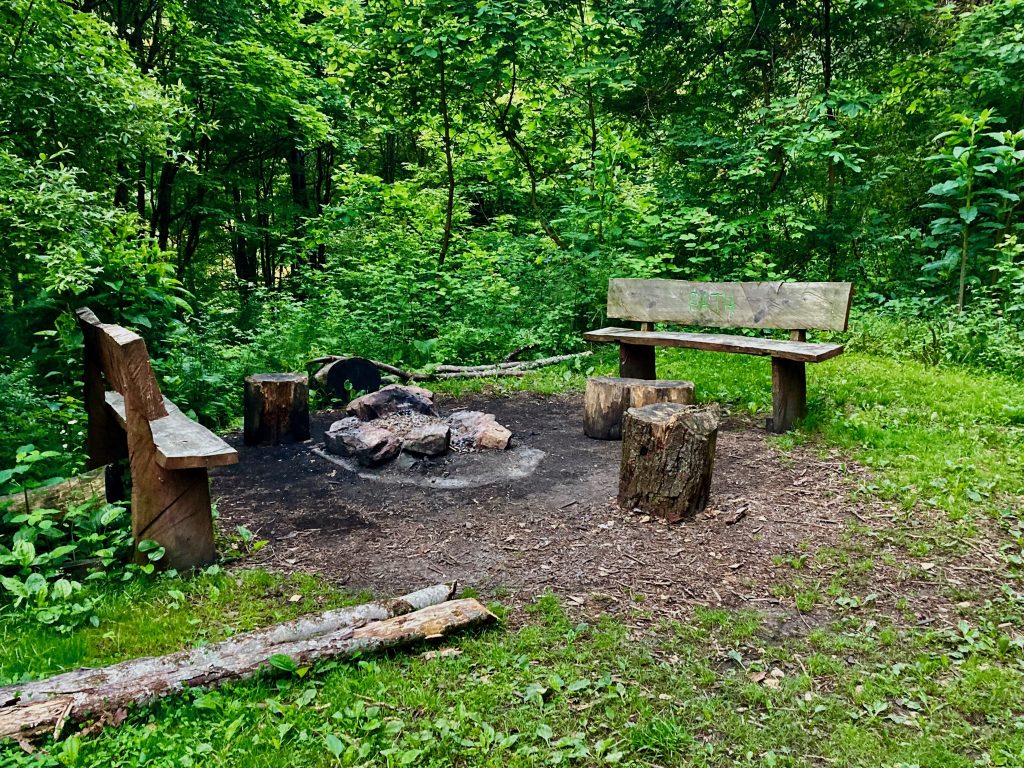 Fire Pit and Benches at the Partnership Shelter

After our trip into Marion, we hung out at the fire pit and socialized and cooked supper. Frosty made lasagna. Samwise was stuck to us at this point.  A former thru hiker named Bayou was hanging out at the fire pit as well. He was out on a week long trek. Samwise started his usual complaining and started going off on the caretaker at The Place, a hostile in Damascus. Bayou turned to him and said, that was me! What a moment! I should mention that Samwise has BAD eyesight and thick glasses. He holds everything about two inches from his face to read and can’t remember people at all. He didn’t recognize me when he got to the shelter even though we’d spent two hours talking the day before. 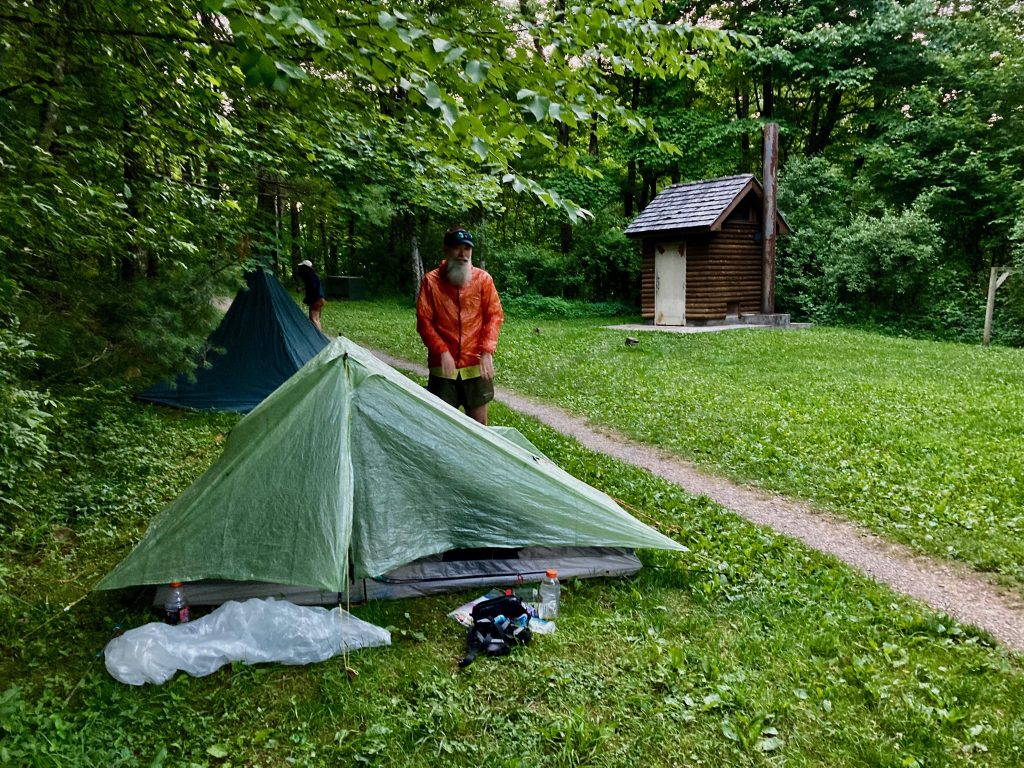 Frosty and Our Tent

Frosty pitched our tent. Bayou set up on the other side of us. Sharkey was tenting off in the woods a bit. Sharkey told us he doesn’t sleep in shelters much anymore. We did 13.6 trail miles today.