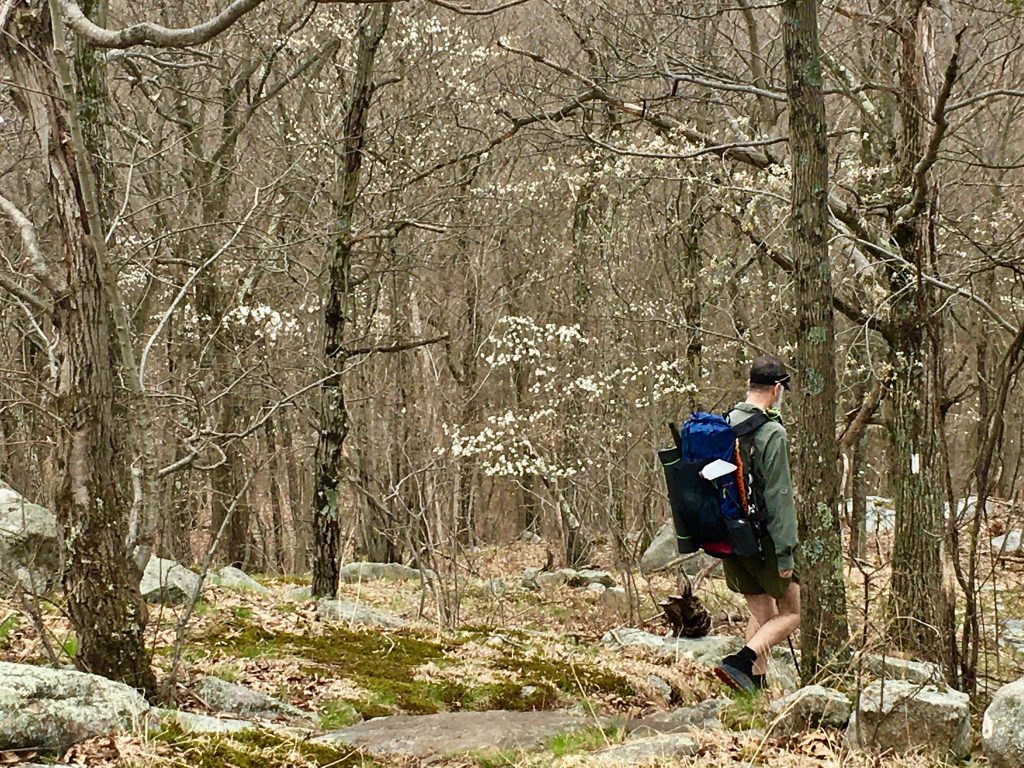 Frosty on the Appalachian Trail in New York

In April of 2021, Frosty and I headed to New York. I needed these miles for my overall AT mileage. Plus this trip served as a bit of a shakedown for our upcoming summer section hike of Virginia. 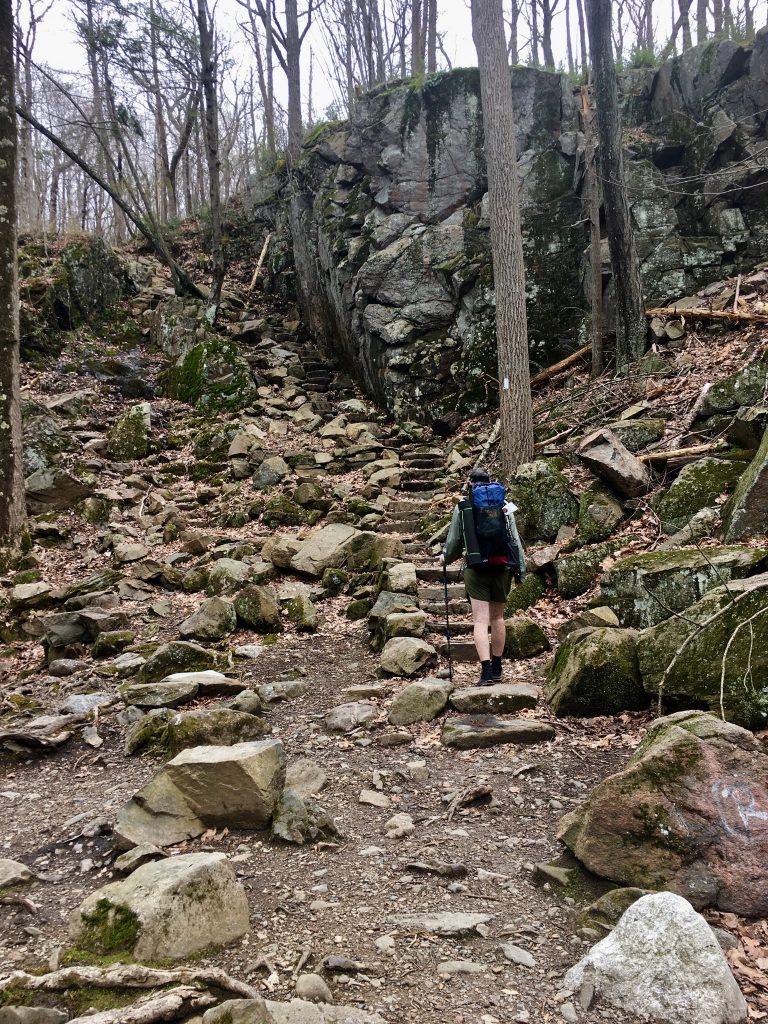 Frosty on the AT in New York 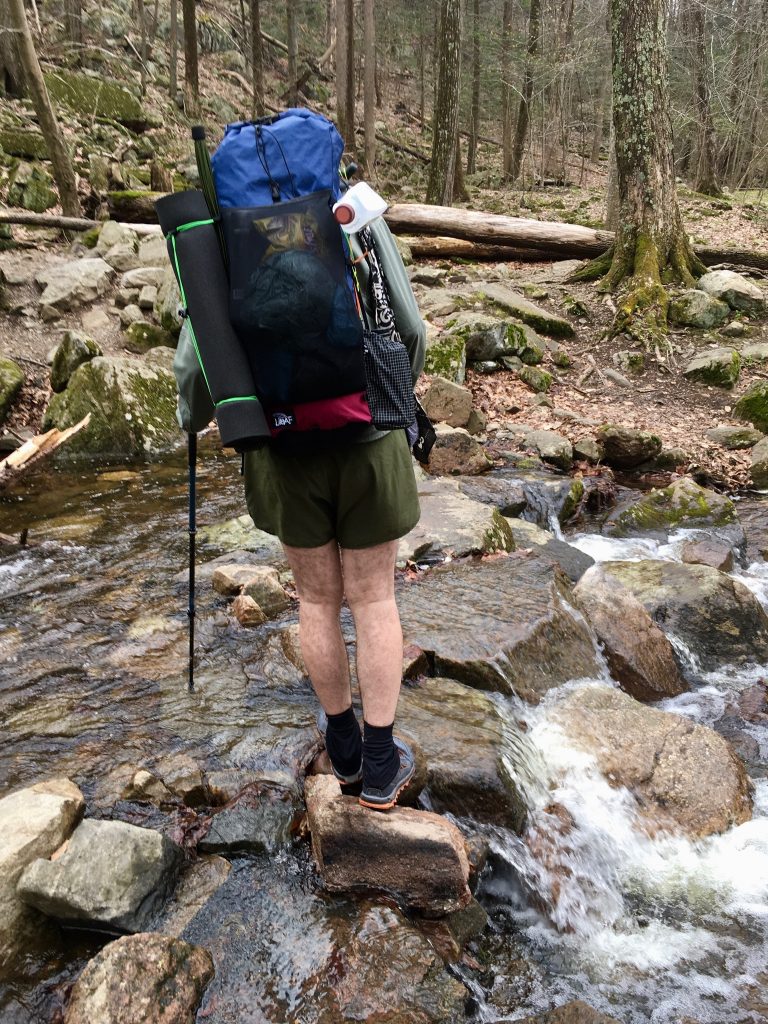 Frosty on the Appalachian Trail in New York

I have about three miles left of New York south of the parking lot where we began our hike before I can say that I’ve finished NY. 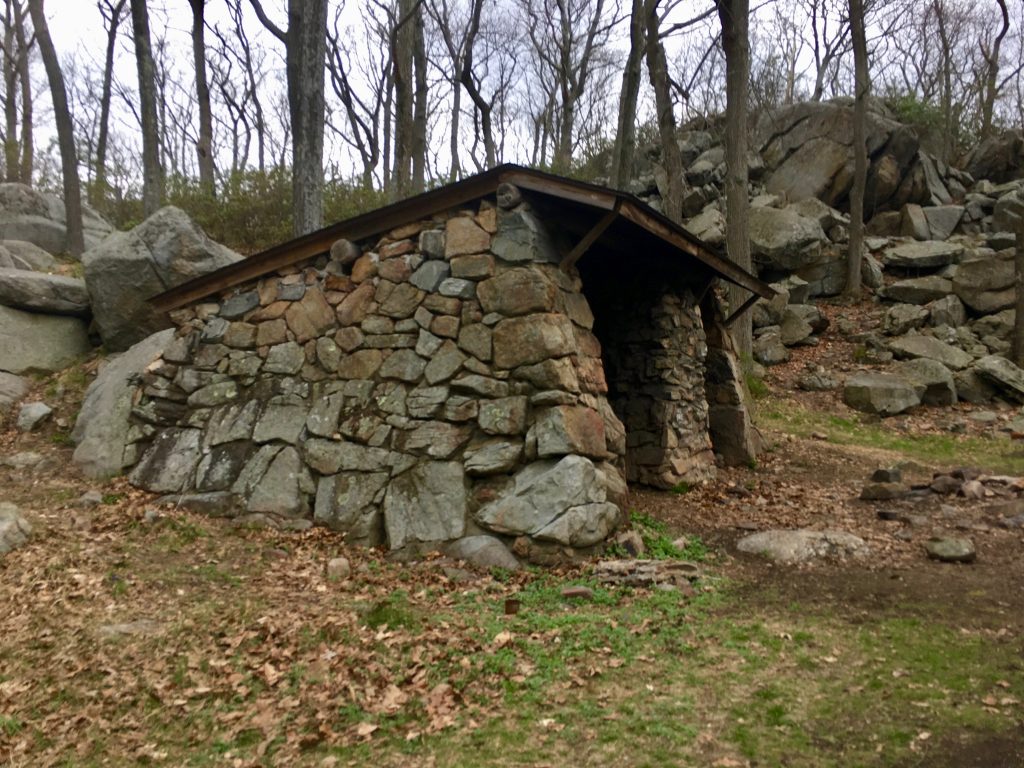 Frosty’s experience in New York was so different this time than when he hiked here in 2018. When people asked about Frosty’s least favorite part of the trail after completing his first section hike of the AT, his answer was this section of New York. 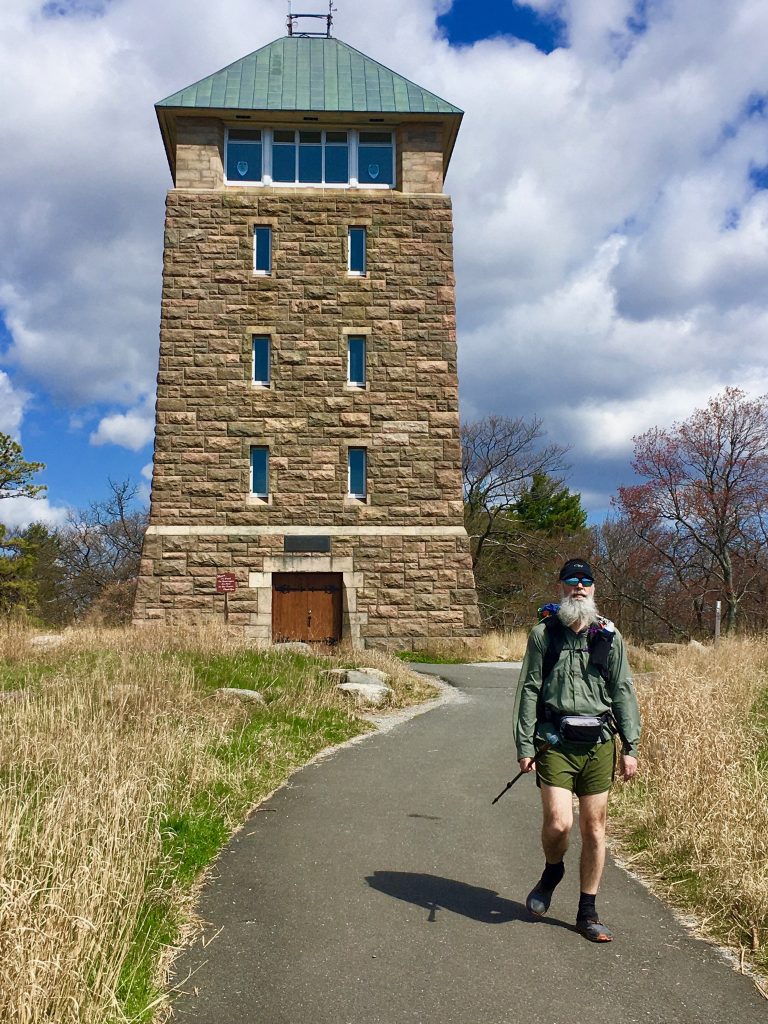 Having been born in a canoe and raised by wolves in the woods, Frosty’s is extremely comfortable and skilled at being on trail. He rarely loses his way on the AT. But he wandered off trail a few times in 2018. The trail was poorly blazed with many social paths to lead you off the AT. This section had been re-blazed, so that wasn’t an issue. 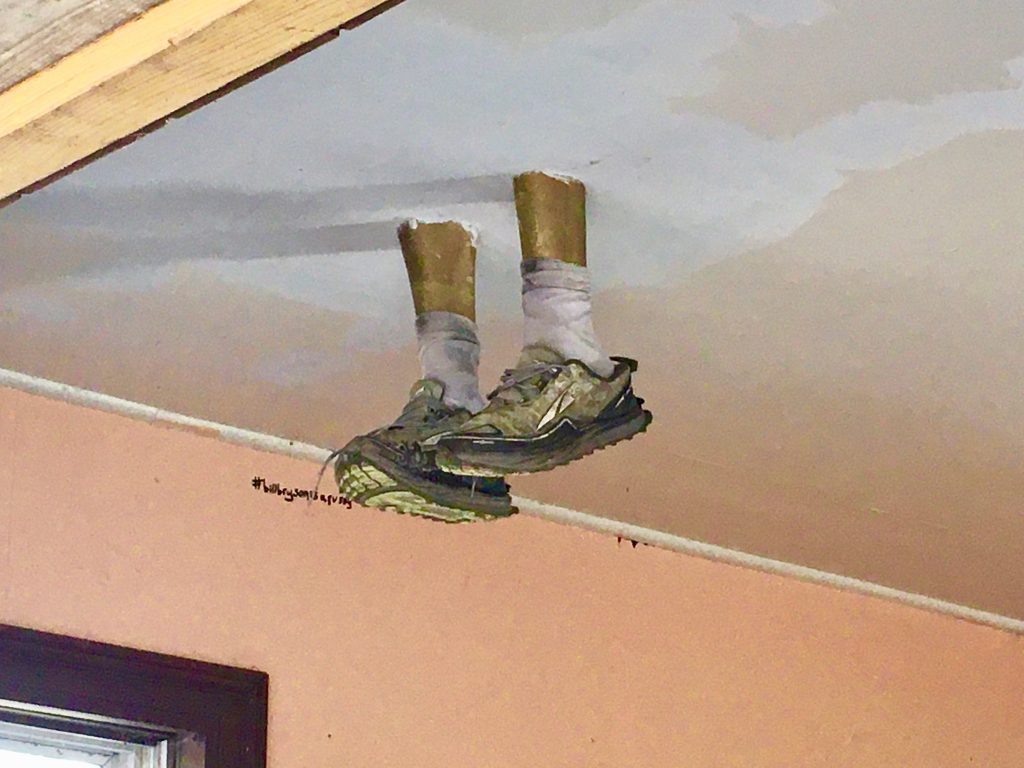 The Ceiling of the RPH Shelter in New York

It was also late June into July when he hiked this section in 2018. The weather was hot, sticky, and uncomfortable. The weather, although cool to cold at night and in the early morning hours, was much more to his liking. 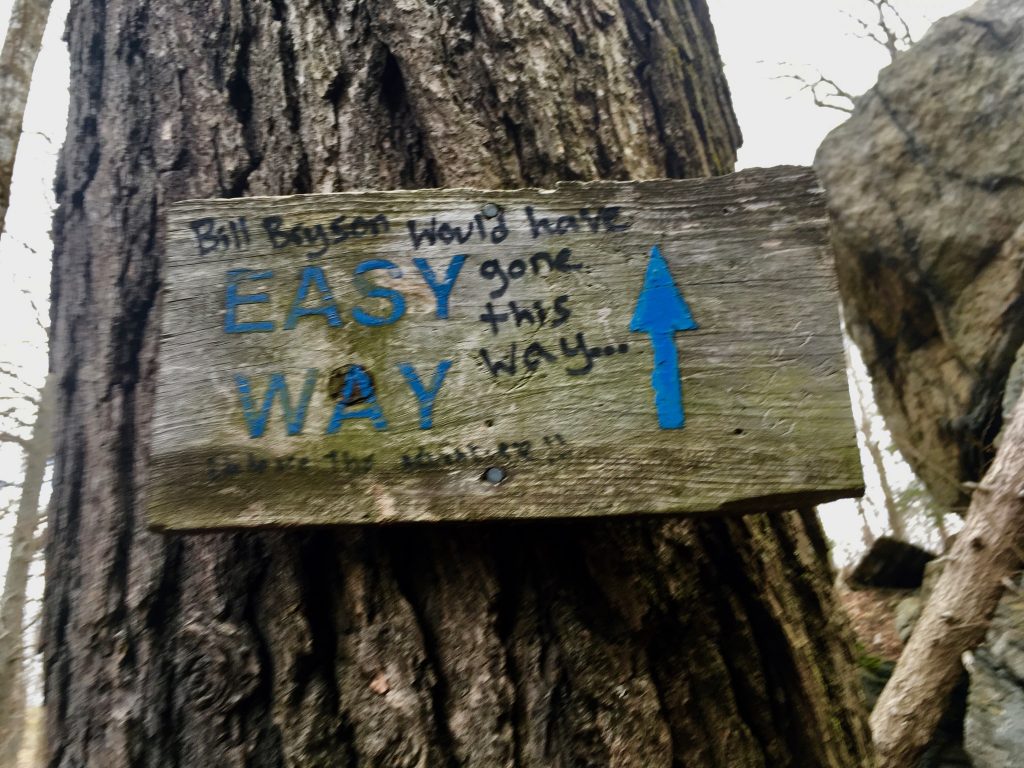 The other bonus of hiking this section in April was the frequent views of the NYC skyline. Since the leaves were down, he had many more skyline views than during his first trip. The landscape views in general benefited from the bare trees.

Frosty in the Lemon Squeezer

Frosty now has better feelings for the trail in NY. 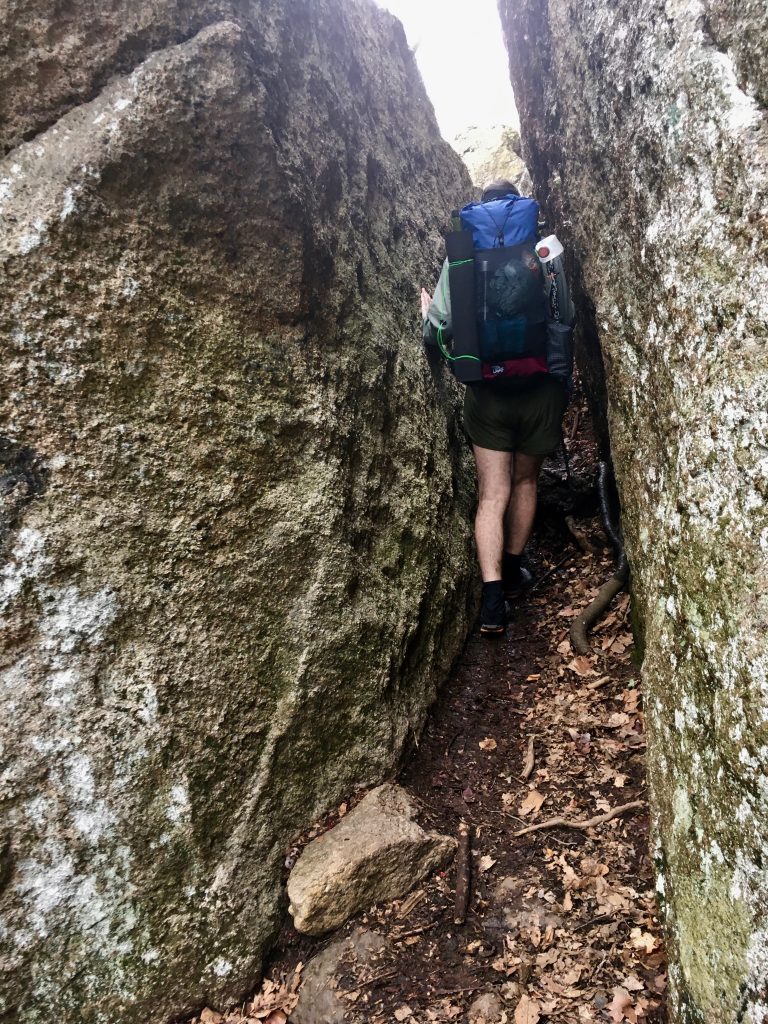 Frosty in the Lemon Squeezer

The highlights of this trip for me were the iconic landmarks and sights of the AT in New York, the abundance of flowering trees, and the Appalachian Market. 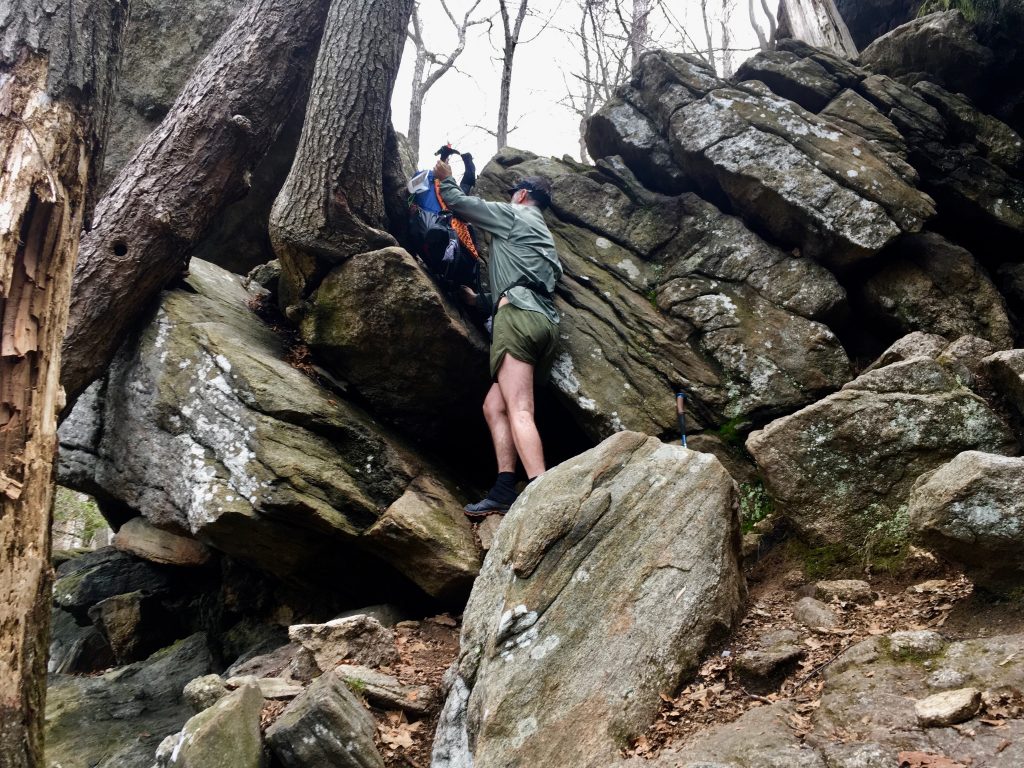 Frosty Just After the Lemon Squeezer

I enjoyed seeing the Perkins Memorial Tower, the NYC skyline (especially at night from the West Mountain shelter), and the RPH shelter. 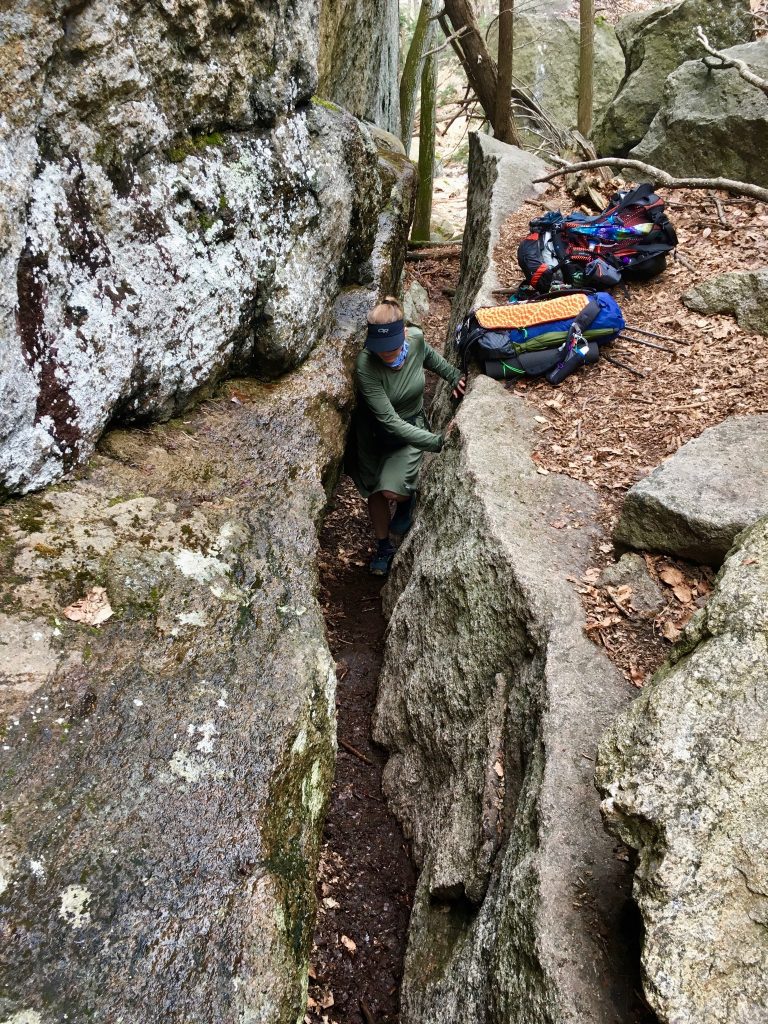 Magoo in the Lemon Squeezer 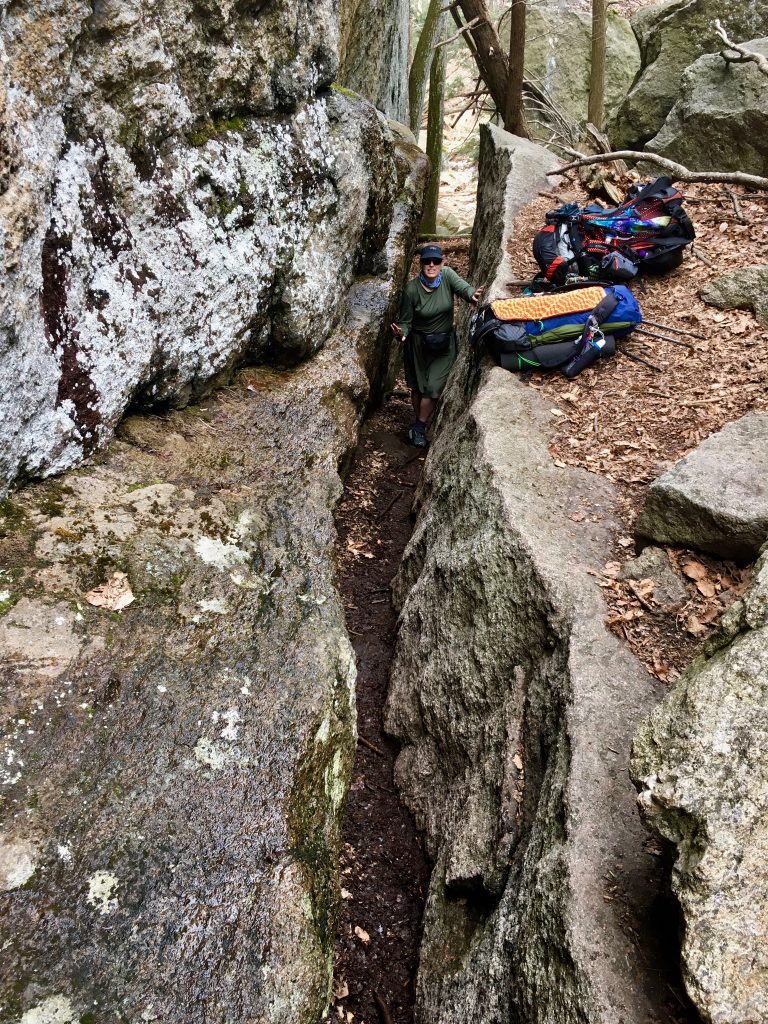 In the Lemon Squeezer

I was disappointed that I didn’t see any wild bears. I differentiated wild, since technically I saw bears at the Trailside Zoo. 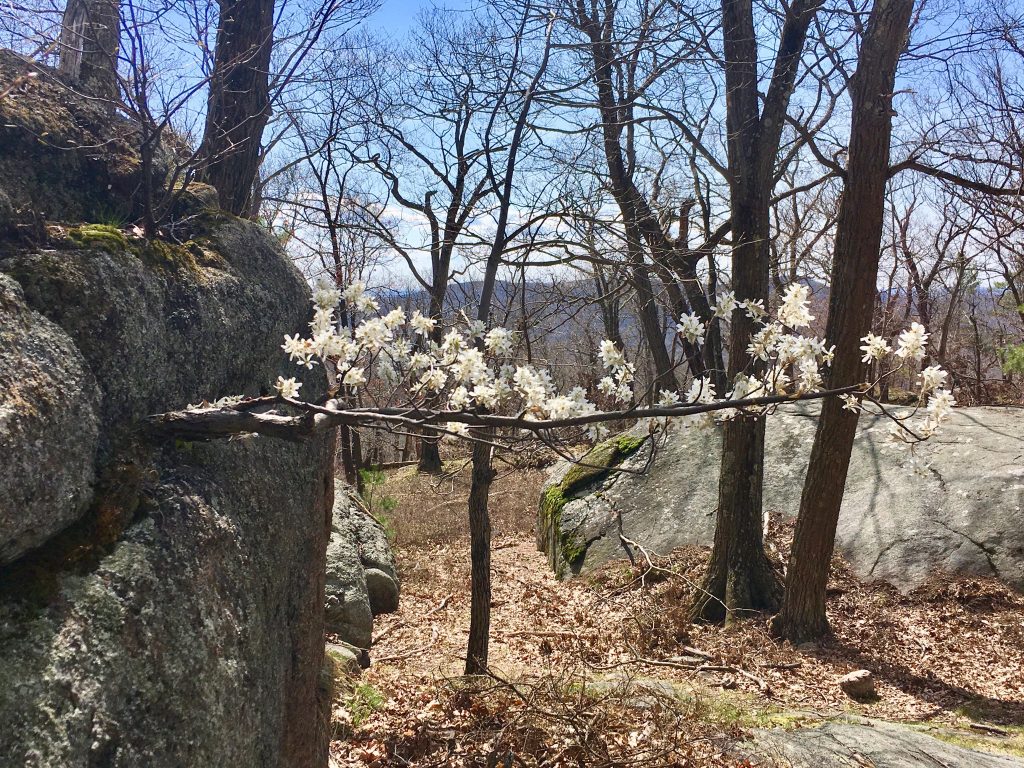 I Love This Blooming Branch Sprouting Right Out of the Rock

As far as gear goes, most of my gear worked fine. I wasn’t trilled with my new backpack, the Osprey Exos. My main issue was that I didn’t like the way it packed up. It seemed like there should be more room in it. I was still a bit on the fence about it. 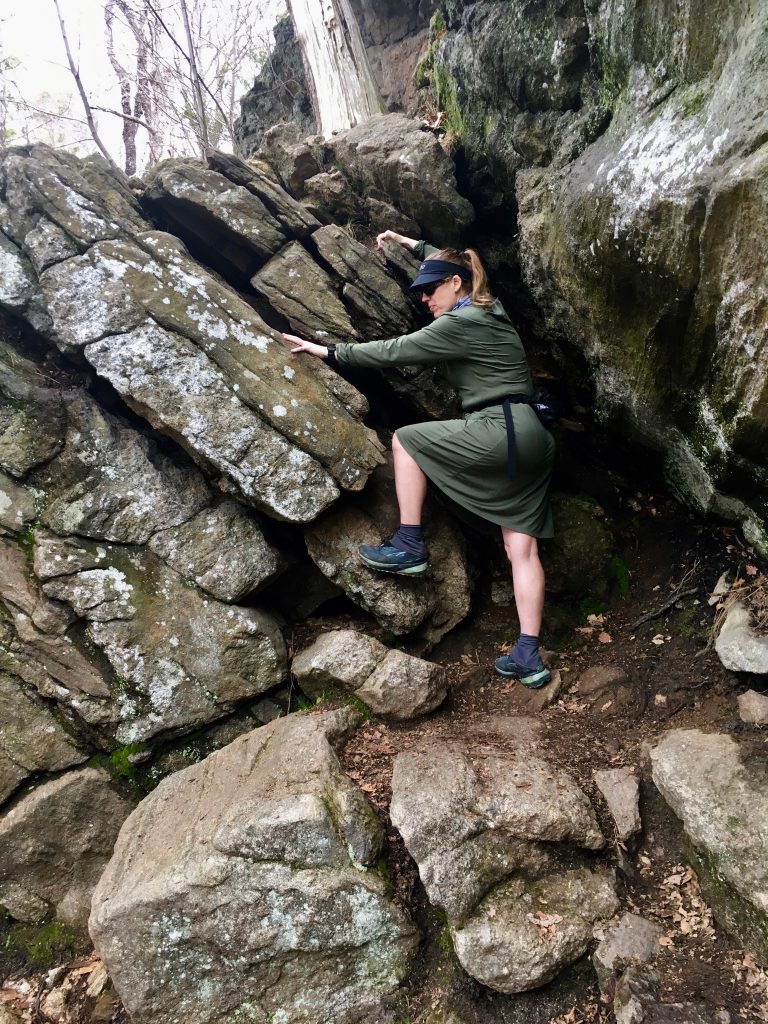 Magoo Just After the Lemon Squeezer

I started to figure out sleeping in a quilt, although I do wish my quilt was a bit longer. The quilt and the liner did pretty well for the cold nights. If I were to do it again, I would bring another pair of bigger socks to put over the wool socks that I slept in because two nights my feet were cold. That kept me up on my first night out especially. 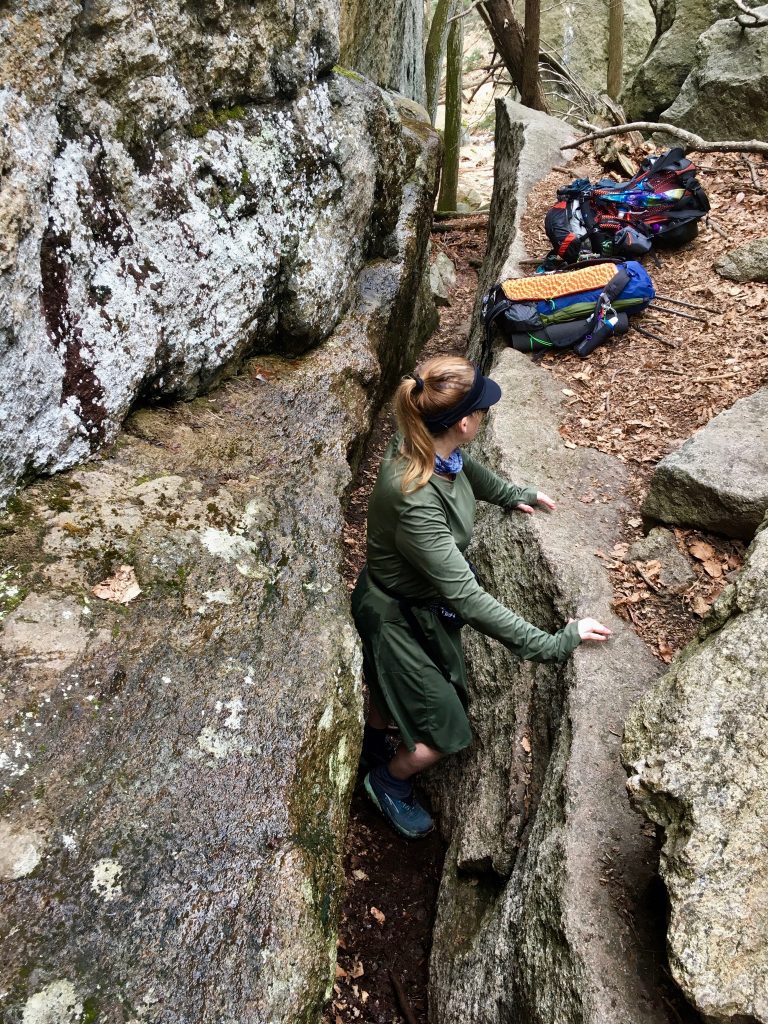 Magoo in the Lemon Squeezer

A new piece of gear that I LOVED was my Lite AF fanny pack! It was roomy. It fit my daily snacks, sunscreen, and phone. 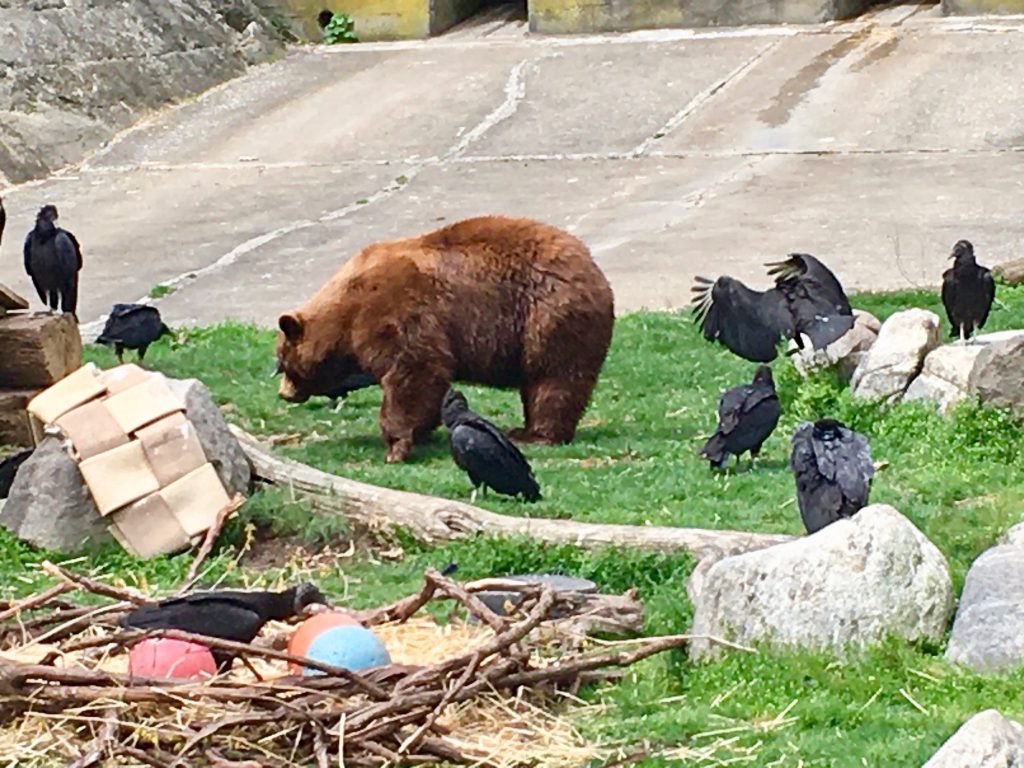 Besides space, the issue that I’ve had with some of my other fanny packs (I’ve tried many) is ease of use. What I mean specifically is how easy is it to get items into and out of. This fanny pack is the best of the ones that I have tried. 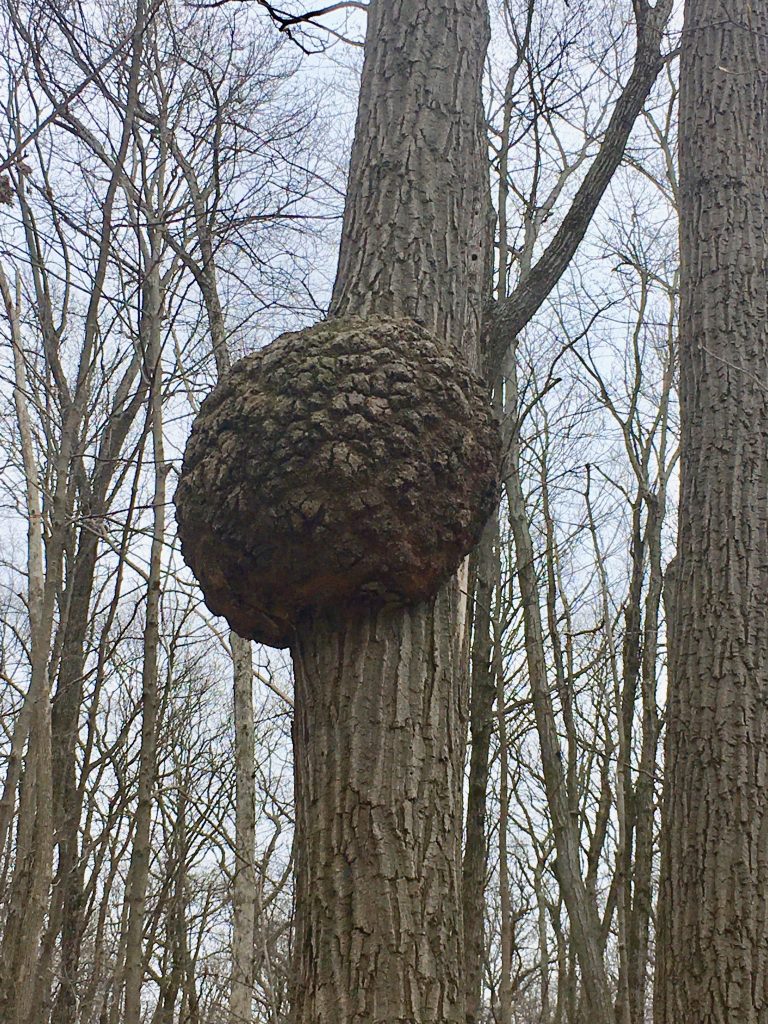 I’m ready for shakedown trip number two, New Jersey in May! Bring it on!