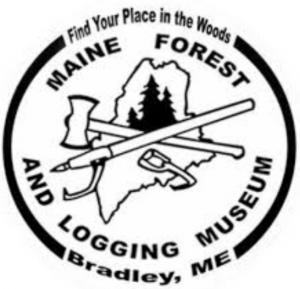 June 15th, Squirrel and I ran in the 4th Annual Blackman Stream Alewife Run at the Maine Forest and Logging Museum in Bradley. This was a small 5K race with only 17 runners.

Racers Ran Through This Covered Bridge

Upon exiting the car, we were immediately swarmed by mosquitos. These were the worst bugs that I had encountered this spring. A volunteer had bug spray at bib pick up that was being shared. Which was very nice, but it didn’t help. It didn’t have deet or picaridin in it. The bugs weren’t bad while running, only before and after the race. If I do this race next year, I will bring my chemical laden bug spray. 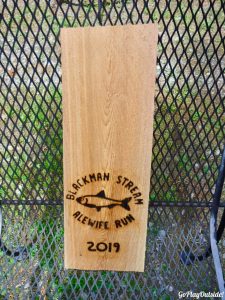 All Participants Received this Unique Shingle

The race had three parts that were out and back, so you saw the other runners many times. Which was nice, since I got to see Squirrel. When we do a race together, he is usually so far ahead of me that I don’t see him until I finish. 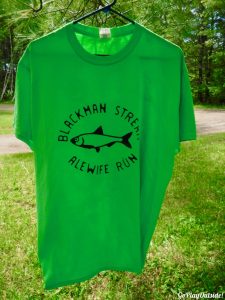 I Love the Design on the Shirt

The race was on gravel roads and what was described as a grass road. I would describe it as a very wide trail. It definitely had roots and rocks that you needed to watch out for. Most of the course was shaded and the weather was great. 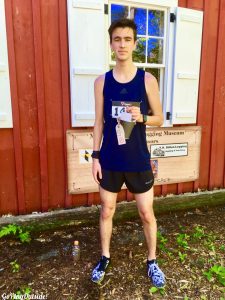 Squirrel was second overall and the first youth. He was given the choice of being an adult or a youth for prize purposes. He chose adult. So, he got a prize bucket for the second overall male finisher. In the bucket, there were some stickers, lollipops, a wooden toy made at the museum, and a five dollar gift card for Spencers Ice Cream. 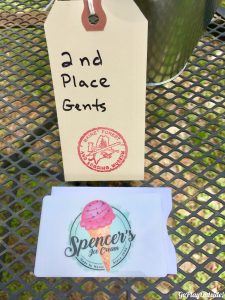 I was the DLF (dead last finisher). One nice young woman came out on the trail to meet me and run me in. It was very sweet of her. 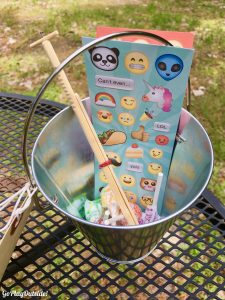 At the finish, there were bottles of water and Gatorade. There were also a variety of snacks: Cheetos, trail mix packs, and granola bars. Every participant received a t-shirt and wooden shingle. 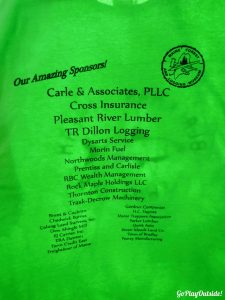 The Back of the Shirt

There were many other events happening at the museum after the race. The Axe Women of Maine were there, the Lombard machine was out and going, in addition to many other activities.