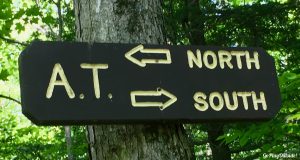 These Signs Are Helpful When Leaving Shelter in the Morning #HikerBrain

Frosty and I left the trail to pick up Squirrel, who was hiking with us for a week. It was a long drive back to Great Barrington, Massachusetts. This time we brought two vehicles, so that we could spot ourselves.

We ate a late lunch at McDonald’s before hitting the trail. Then it was back to the Rt. 23 trailhead in Monterey, Massachusetts. Some wonderful person leaves jugs of water here for the hikers. We had filled up our water bottles at home, so we didn’t need any water. 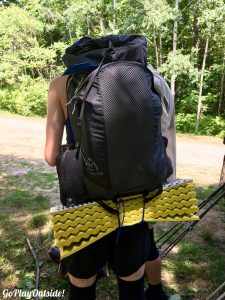 We got a late start after all that driving. We finally hit the trail at about 2:30. We passed a beaver pond. I watched the beaver swimming around for quite awhile.

At The Ledges, a trail maintenance crew was sitting and journaling. The crew of kids looked to be high school age with a leader who was college age. The leader is interested in doing a long distance hike on the Appalachian Trail next summer. We thanked them for their work and continued on our way. 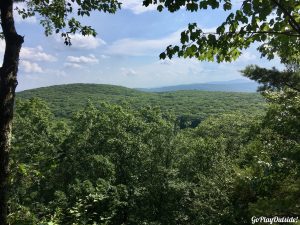 View from The Ledges

We stopped into the Mount Wilcox South Shelter just for a look around. There were a lot of tents set up that we were guessing belonged to the maintenance crew. We sat at the old shelter and had a drink. There is a newer shelter here as well.

Originally, we had planned to stop at the Shaker Campsite, but we had heard it was closed due to bear activity. We stopped at the Wilcox North Shelter. This shelter is 0.3 miles off the trail. 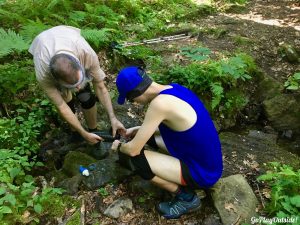 We set up our sleeping arrangements for the night. Frosty and I slept in our Tarp Tent and Squirrel slept in the bivy that Frosty used when he section hiked solo earlier this summer.

Then we had supper. When Frosty was solo, or it was the two of us, Frosty cooked on an alcohol stove. Frosty used his Soto Windmaster to heat up the larger amount of water needed for three of us. 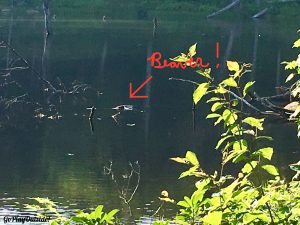 Look close! That Bump Is a Beaver.

We had freeze dried lasagna. We cooked and ate at the picnic table at the shelter. While there, we met Appy. Appy had started a thru hike earlier this year, but had to leave the trail when he got appendicitis. He had taken three weeks off to recover and had recently returned to the trail.

This campsite was buggy. This drove us all a little crazy, but Squirrel in particular. Squirrel is allergic to bug bites. His reactions have toned down, since he was littler, but they are still annoying. 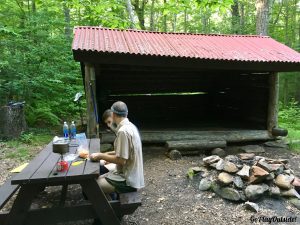 An overnighter was set up next to us. He was hiking with his dog, Max. We had crossed paths earlier when getting water.

This site had a bear box. After Frosty put our bag in the bear box, he saw some young kids coming up to put their items in the bear box. Suspecting that they might not latch the box correctly, he watched them. He was right. So he fixed it after them. 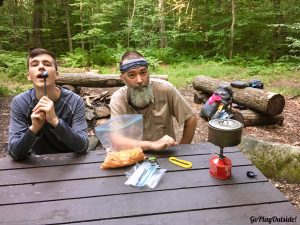 Our tent was set up on a thick, soft bed of leaves. We slept very well. Max however did not. He didn’t like the bivy. He said it was like sleeping in a coffin. Not sure how he knows that. 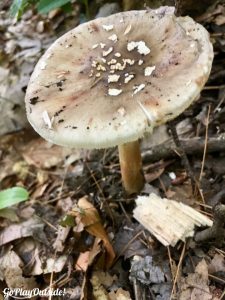